Civil War relics hold a special place in the world of collectibles.

And treasures are still being unearthed by
amateur history buffs and antiquity hunters. 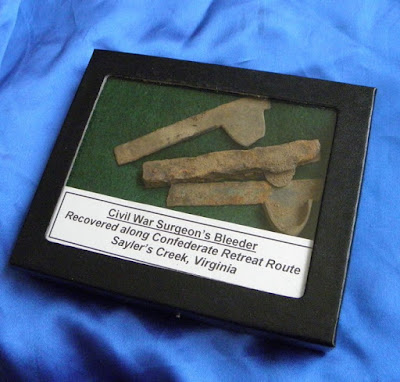 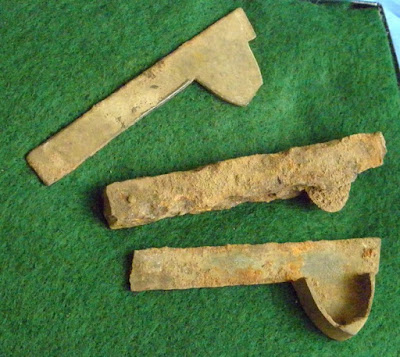 Pictured above is a rusted Civil War Surgeon's Bleeder that was found
along Saylor's Creek near Farmville, Virginia.  The blade would cut the
skin to release "bad blood."  It's surprising that doctors as late as the
1860's continued the practice of bloodletting.  Not only was it not
beneficial to the patient, it spread infection and undoubtedly cost lives.

Historians study troop routes and camp sites used by both the Union
and Confederate soldiers.  Battlefields aren't the only locations for
finding relics.  This button was found with the help of a metal
detector at a camp site in the woods near Culpepper, Virginia: 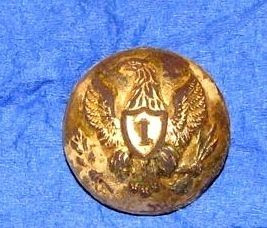 Link
The Yankee Eagle-I button, the "I" designating infantry, was
manufactured by the D. Evans Button Company.

When the owners of the Nancy Sheperd House in historic Winchester
Virginia, began restoring the building they quickly began uncovering collectibles: 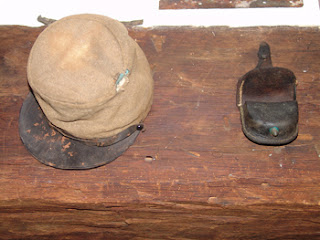 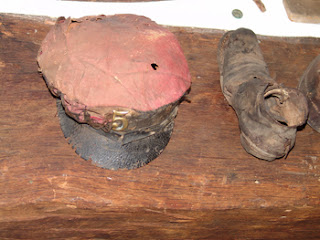 Both of these caps were found along with a boot and canteen.
The red one is a very early 5th Virginia Artillery cap. 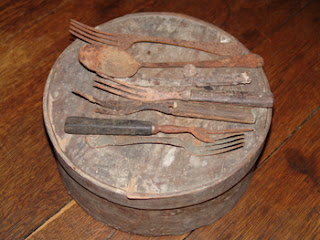 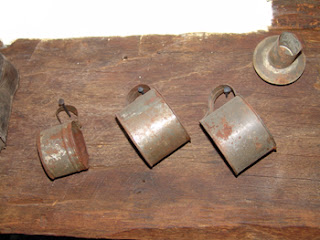 Link
Cutlery and cups are losing their fight with time as rust sets in.

This is a 58 caliber Shaler three-stage bullet
found by a relic hunter with a metal detector: 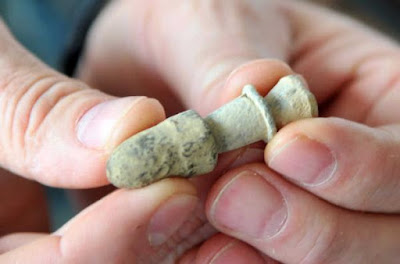 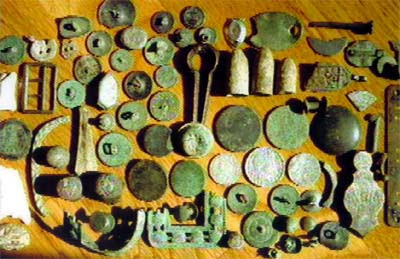 Link
Buttons, belt buckles and bullets are continually being unearthed.

A cannon ball would make an interesting door stop: 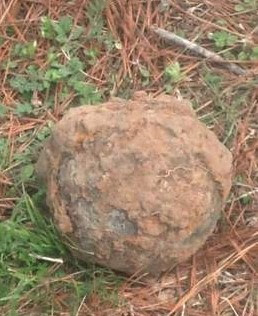 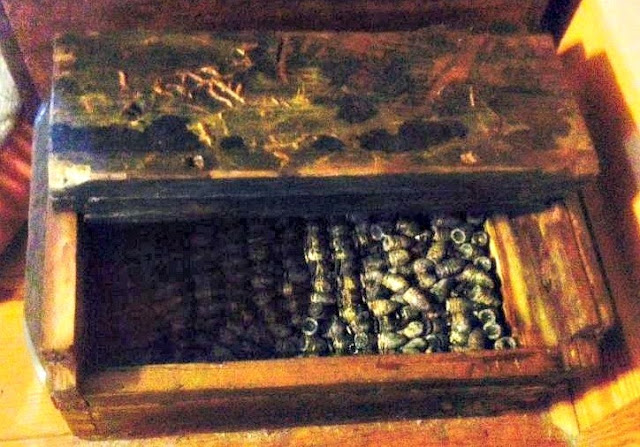 This crate of 1,000 bullets was discovered in the early 1990's
near the Cold Harbor battlefield near Richmond, Virginia.

Civil War photographs are as highly prized as battle memorabilia: 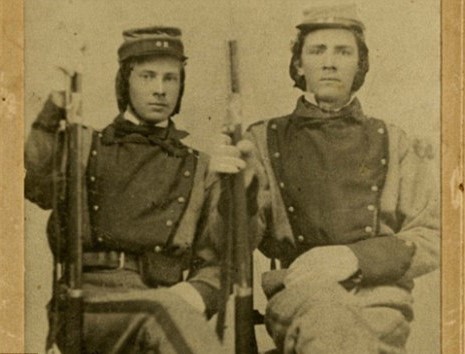 Link
William Henry Taylor, left, and Stephen Stewart,
right, were members of the 11th Virginia Infantry.
I wonder if either survived the war. 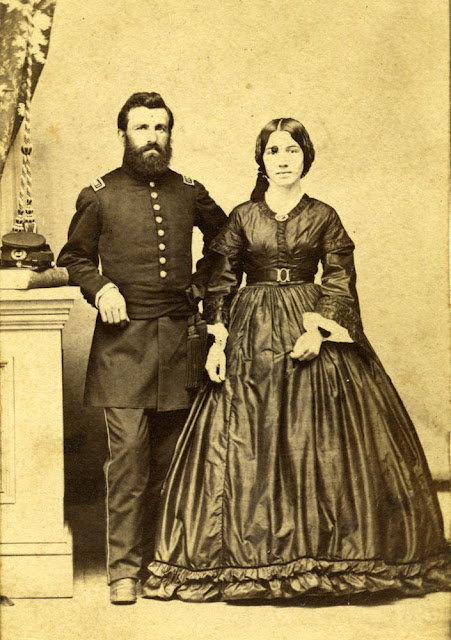 This undated photograph is of John Becker and his wife.
Becker mustered into Federal service as assistant surgeon
of the 13th Kansas Volunteer Infantry at Atchison, Kansas.

Women served in the ranks?  Yes! 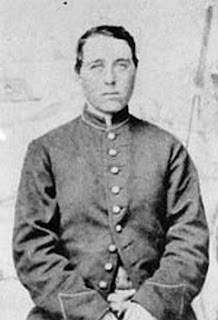 Link
Although both the Union and Confederate armies forbade the enlistment of
women at least 400 disguised themselves as men and served.  Frances
Clayton, above left, served in Missouri artillery and cavalry units.
Jennie Hodgers, above right, enlisted in the 95th Illinois Infantry under
the name Albert Cashier.  Although she was the shortest solder in the
regiment and kept mostly to herself, Hodgers was accepted as "one of
the boys" and considered to be a good soldier.

The Civil War era was a fascinating and tragic period of American history.
There are limitless topics for blog posts but I'll leave it to true historians
to provide interesting reading.  In the meantime, keep an eye out at
flea markets and antique shops for Civil War collectibles.