Have you heard of collectible Dance Cards?

First introduced in the early 18th Century and popular until the
mid-20th Century, dance cards were used by women to record
the names of men who requested a dance with them at a ball. 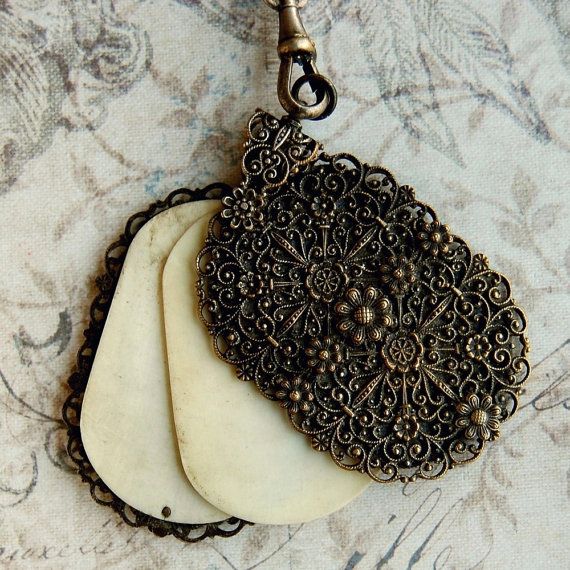 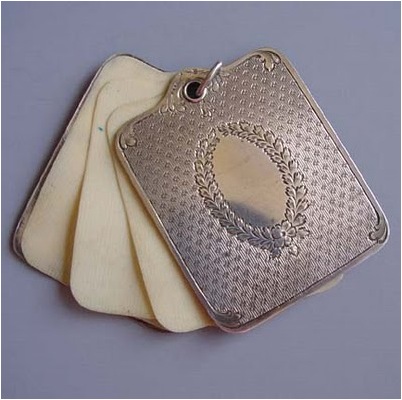 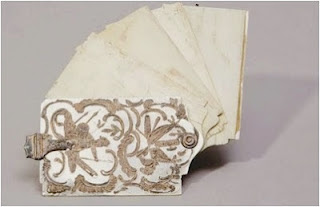 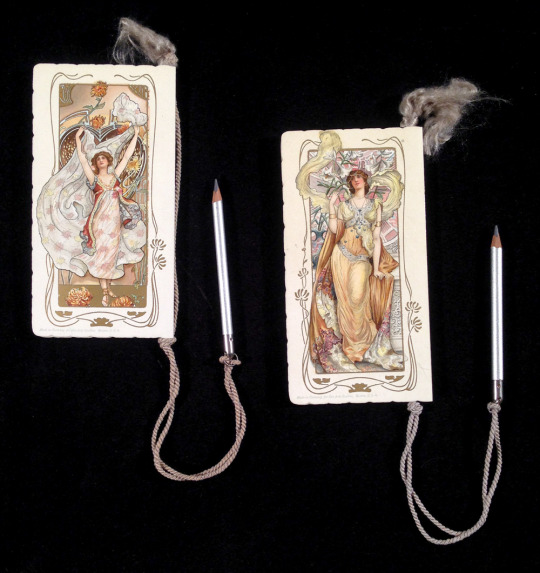 Cards or booklets featured a cord which held a pencil or
pen and was worn on the wrist for easy reference. 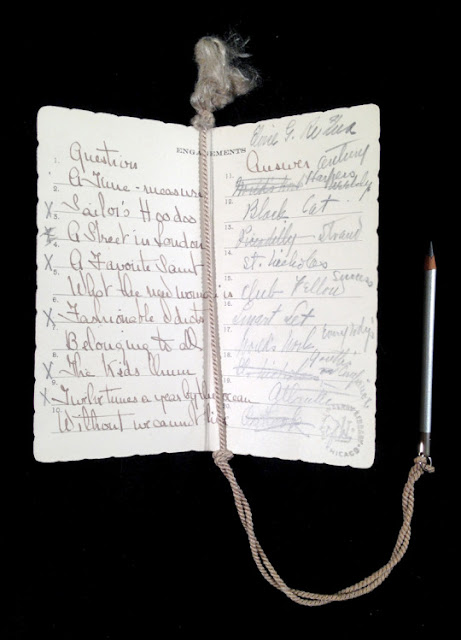 Source
Some ladies used a question-and-answer game that required prospective
dance partners to answer a riddle before being granted a dance. 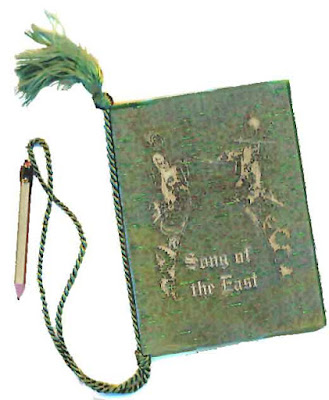 Finding a dance card with the original pencil
or pen attached to the cord is rare. 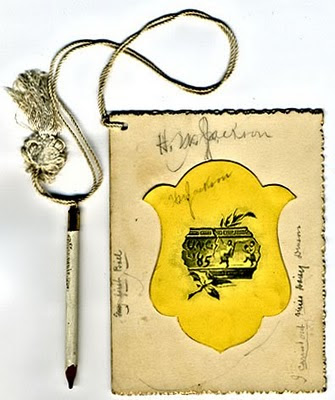 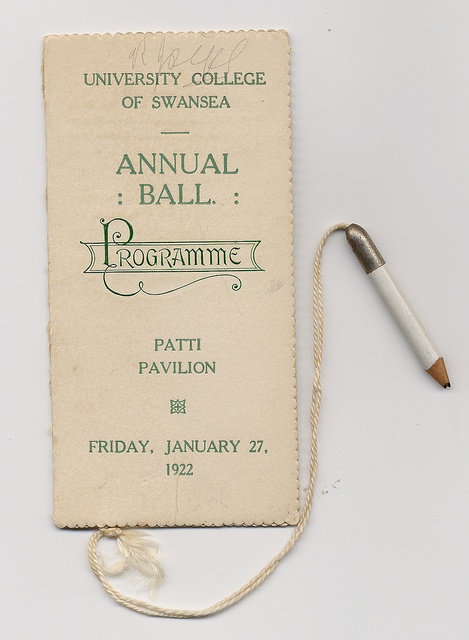 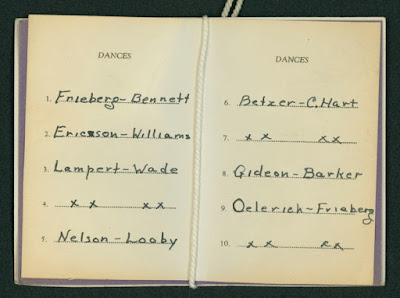 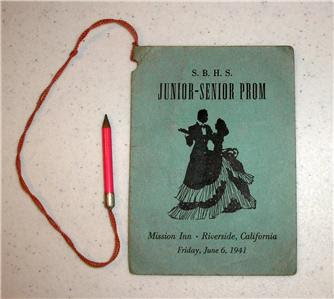 This is what the Paris address looks like today.


In 1926, Betsey Dunn attended a dance in Pittsfield,
MA, and made some interesting notes: 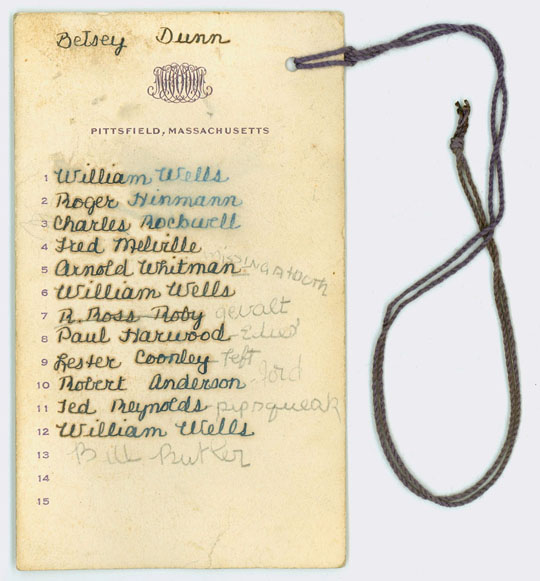 Link
She wrote that dance partner #5, Arnold Whitman, was
'missing a tooth' and #11, Ted Reynolds, must have been
short because he was described as a 'pip squeak.'

This flyer from the Philharmonique Society of Paris was sent with
the invitation so that attendees could plan their strategy for the ball: 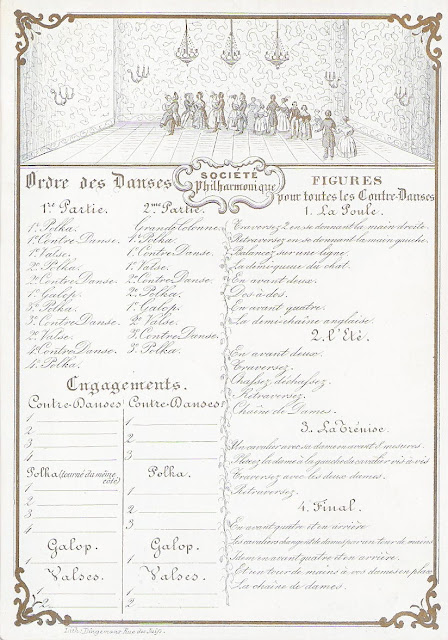 An unusual dance card in the shape of a shoe from a ball
given by the Twilight Social Club on August 14, 1874: 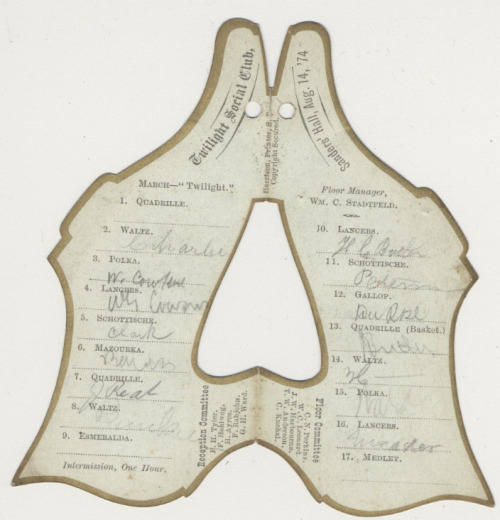 In place of a dance card a Victorian lady might have used a fan with
slots in which to write their partners' names beside a specific dance,
i.e., waltz, polka, quadrille, etc. 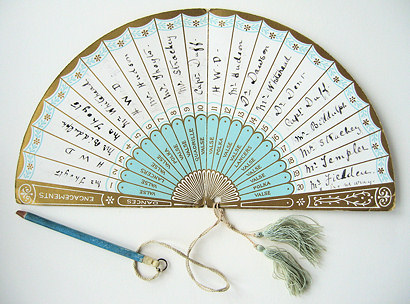 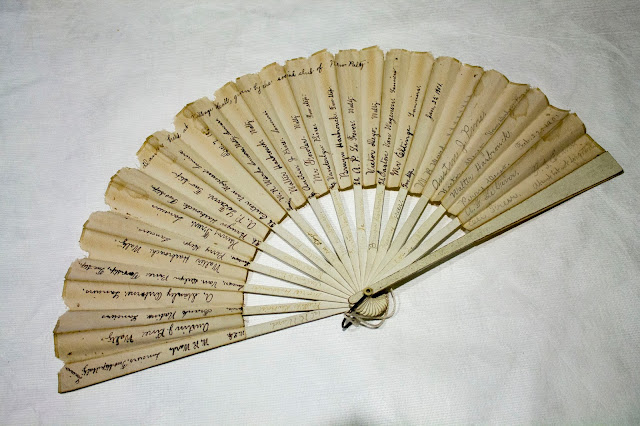 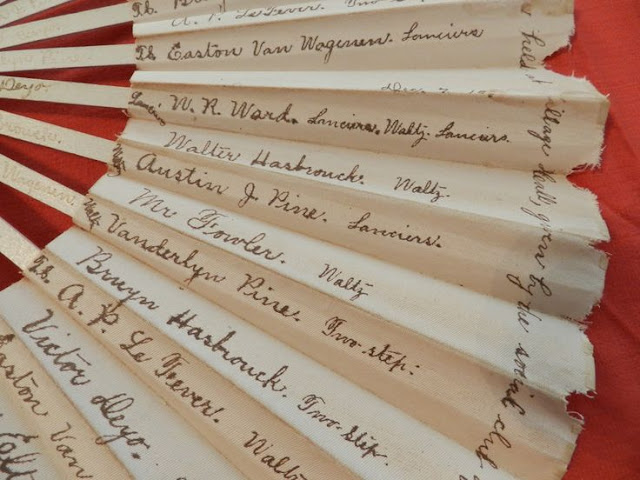 Estate sales are good venues for finding mid-20th Century dance cards.
But to find a treasure like the Civil War-era dance card fan pictured
above, you'll probably have to work through an antique dealer.