How is this possible?! 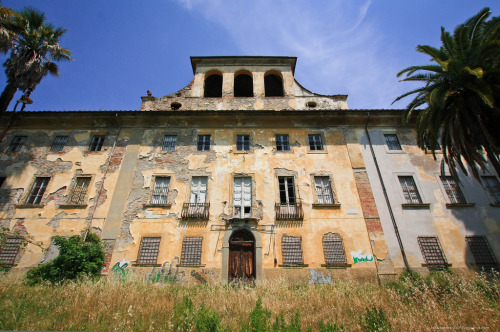 Today's photos are of an abandoned Tuscan villa near Florence.  Tuscany
is a region of north central Italy, known as the birthplace of the Renaissance. 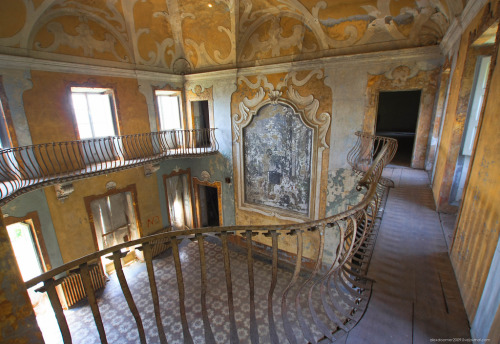 Although the history of the residence is murky, it's acknowledged that it was
built in 1868 by a wealthy merchant.  After the turn of the 20th century the
property was converted into a psychiatric hospital.  During World War II the
villa was damaged and deteriorated quickly.  It was abandoned in 1990. 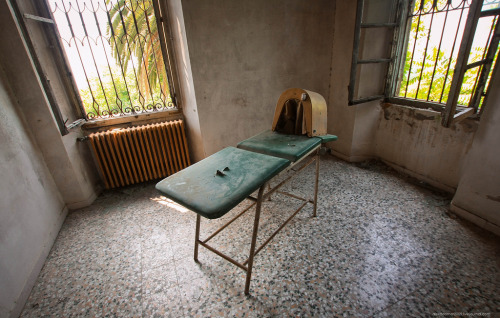 Some type of creepy exam table with a head restraint leftover
from when the residence was a psychiatric hospital. 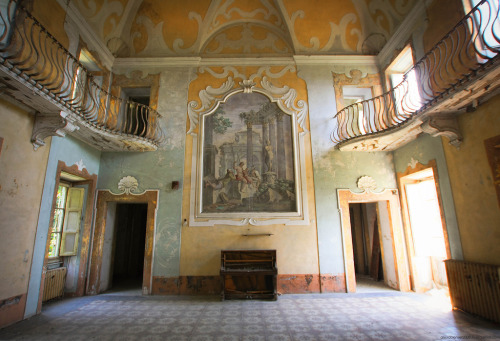 An antique upright piano sits in the main hall, damaged beyond repair. 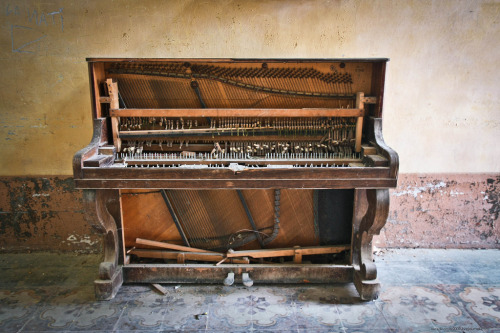 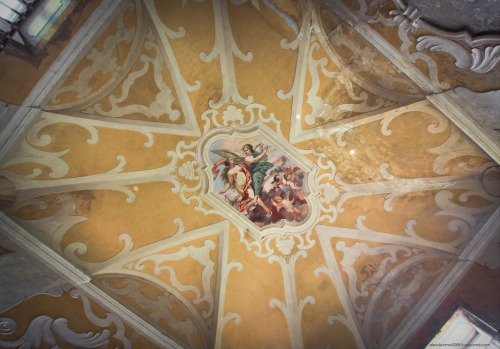 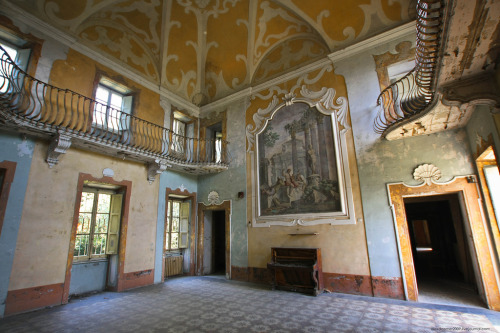 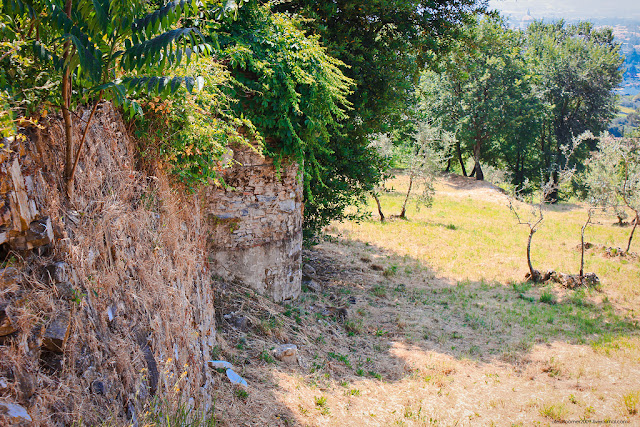 A circular stone structure is part of the overgrown garden. 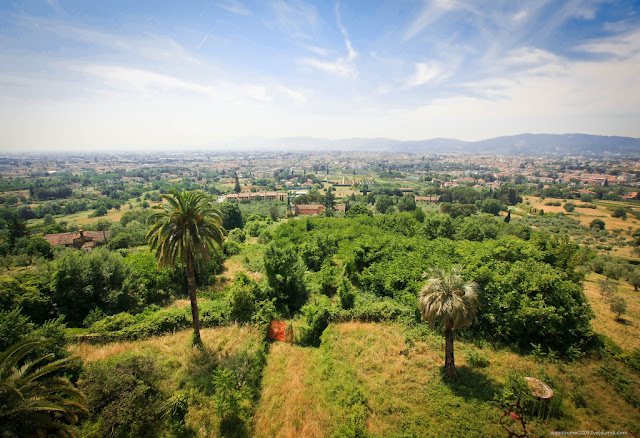 Source
The view from the front steps is breathtaking.

What a sad situation - a beautiful historic residence that would
require millions of dollars to salvage and restore.  Sigh.  Someone
needs to call George Clooney (who loves all things Italian) and
bring this to his attention.  I really should just fly to Italy, drop by
his villa and have a heart-to-heart with him.  For the sake of
historic preservation I'm willing to do that . . .
Posted by Jan at 8:53 AM