Ever heard of a Tussie Mussie?

(also known as a posy holder) 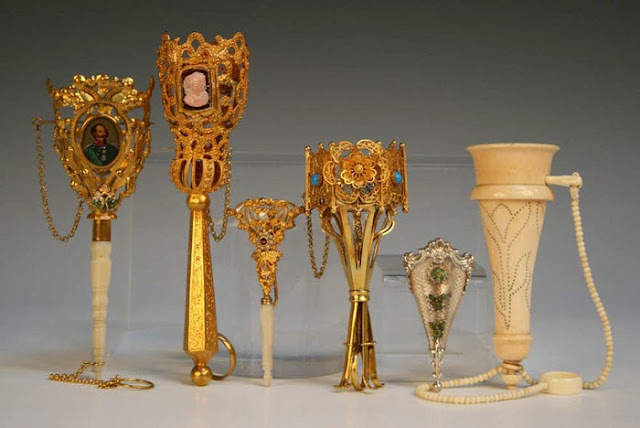 These clever devices, dating back to the 15th century, allowed a lady to
carry a small bouquet of flowers without getting her hands dirty.  Due to
superstitious hygiene practices at the time, it was thought that nosegays
could ward off disease but they also camouflaged unpleasant odors. 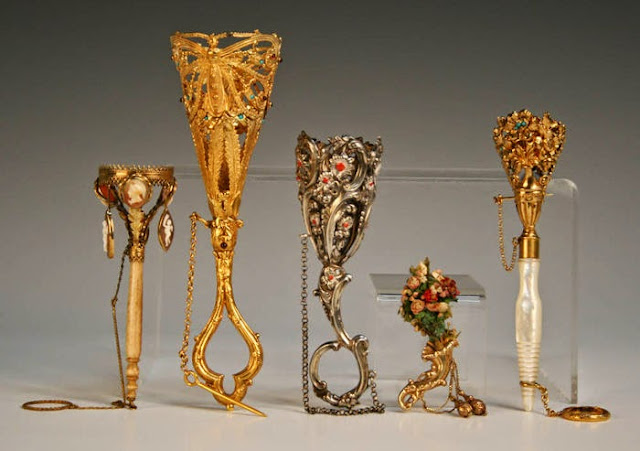 The name 'tussie' originates from an old English word for a nosegay
and 'mussie' refers to the wet moss pushed down into the bottom
of the holder to keep the flowers moist. 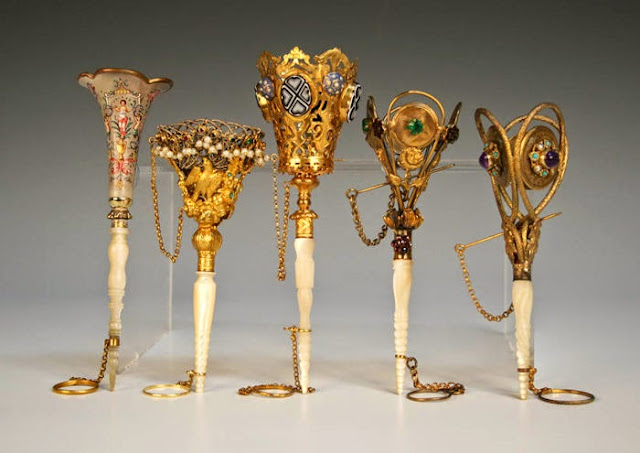 The flowers were held in place by a long pin.  A chain and ring
were secured to the pointed end of the holder and the other end was
attached to the young lady's wrist.  The wealthier the girl's family,
the fancier the tussie mussie. 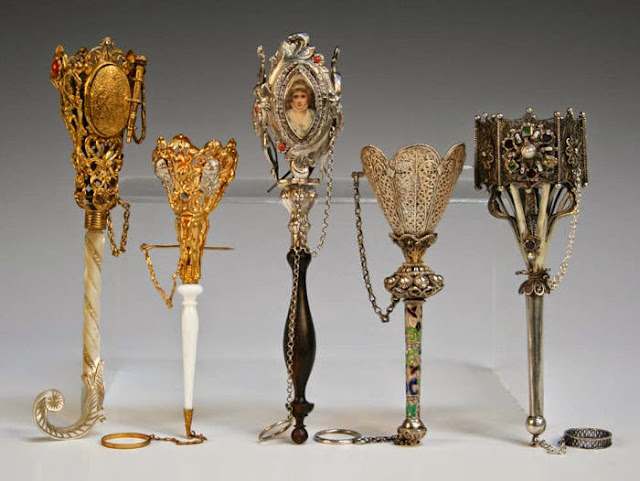 By the 19th Century tussie mussies had been romanticized
as a fashion accessory in which young ladies could carry flowers
given to them by 'gentleman callers.'

Not many of these unique devices survive - the jeweled ones made from
precious metals were melted down and the stones were recycled into rings,
pins and ornaments.  The holders made from plain metal rusted and were
discarded.  About the only way to see a tussie mussie today is in a museum.

Sad.  They look as if they'd make a fairly good weapon
against an over-amorous 'gentleman caller.'
Posted by Jan at 1:28 PM