I know.  It's hard to describe an architectural movement when all
we know about it is that it's interesting and that the roofs are pointy.

The neo-Gothic style is an architectural movement born in the middle of the 18th century in England.  With the development of Romanticism, some enlightened amateurs such as Horace Walpole and William Beckford highly influenced the public's enthusiasm for the Middle Ages, Medieval arts and the new aesthetic quality known as the "picturesque".  In the 19th century this movement had a powerful influence on the European and American arts.   -- Marc Maison, Architectural and Antique Resource


Outside Chapel Hill, NC, sits a charming farmhouse which the owners decided to renovate and decorate in American Neo-Gothic style.  Sandra Vitzthum recently featured the property on Old House Online  and the photographs are stunning. 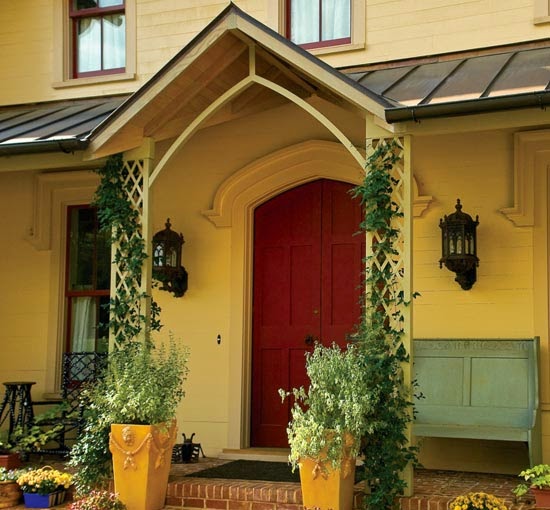 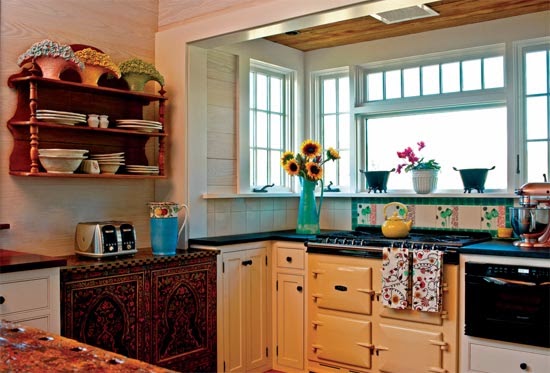 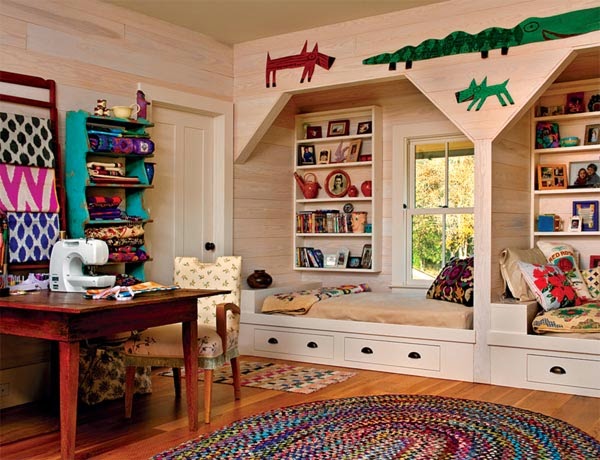 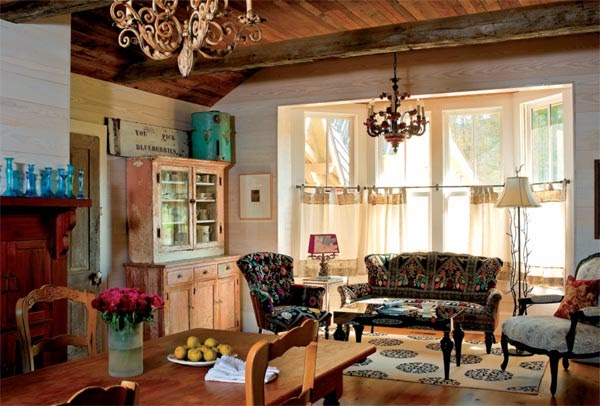 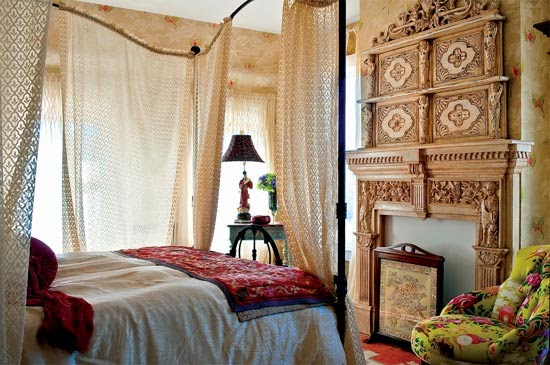 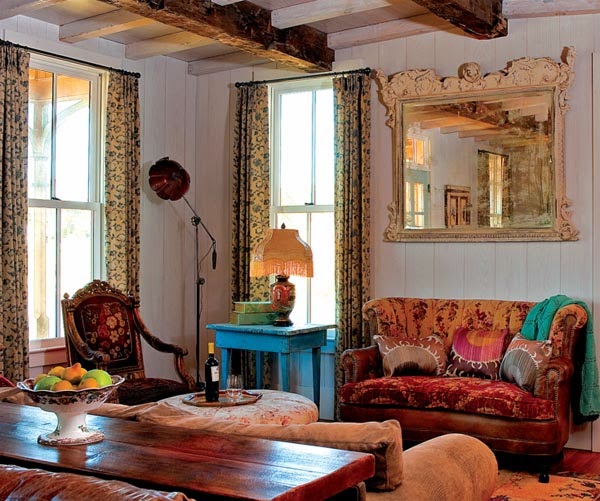 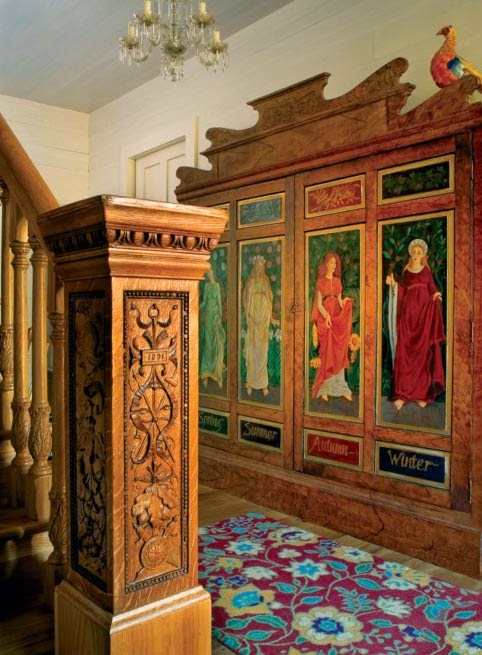 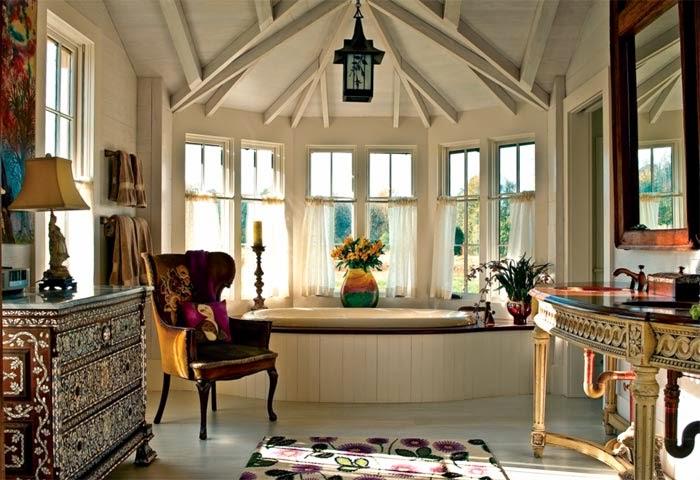 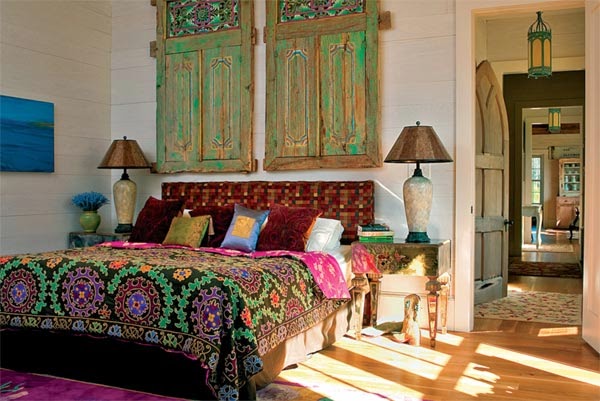 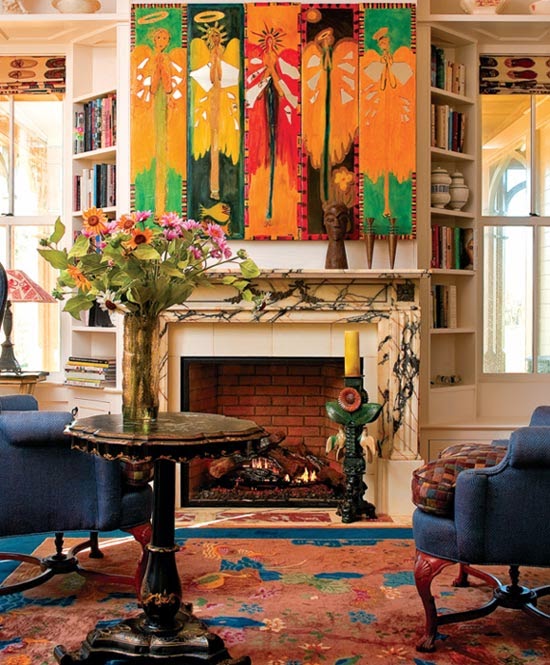 Photographer Tony Giammarino beautifully captured the charming and unique aspects of a home that was furnished with loving attention to detail.  Visitors readily see the romantic aspects of the decorating scheme and can appreciate the owners' lifelong love of collecting.
Posted by Jan at 9:07 AM