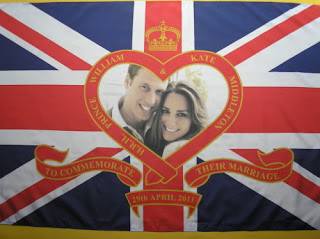 The British Invasion was officially kicked off April 27, 2011 - the day Prince William wed commoner Kate Middleton. Consider that London will host the 2012 Summer Olympic Games and you have a full blown fad (in decorator terms, more serious than an invasion.) 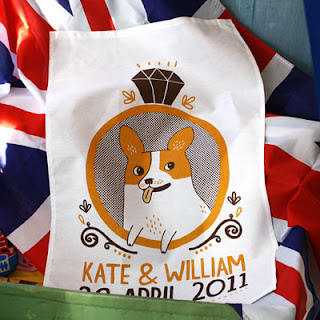 Queen Elizabeth's Welsh Corgi got caught
up in the royal wedding mania. 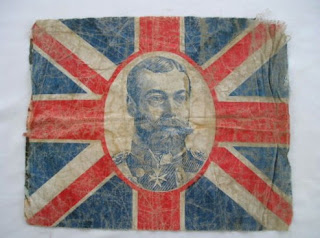 Since our forefathers kicked their royal arses back across the Atlantic after the Revolutionary War, Americans have been fascinated by the tiny country that roared.  This tattered souvenir flag of King George was a popular WWI momento.
Versions of the Union Jack, England's equivalent of Old Glory, have been popping up in designers' showrooms and in style magazines for the last few months. 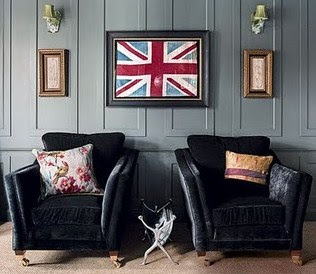 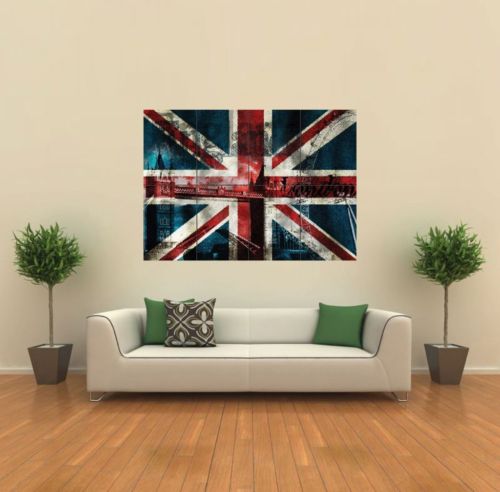 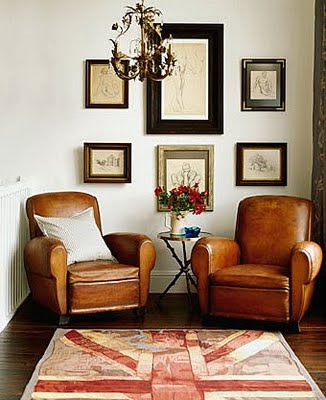 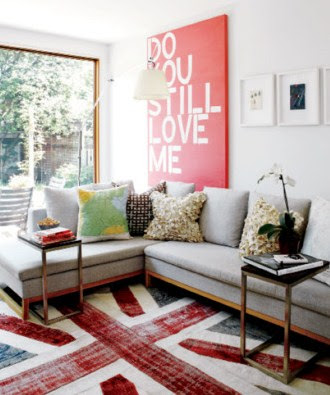 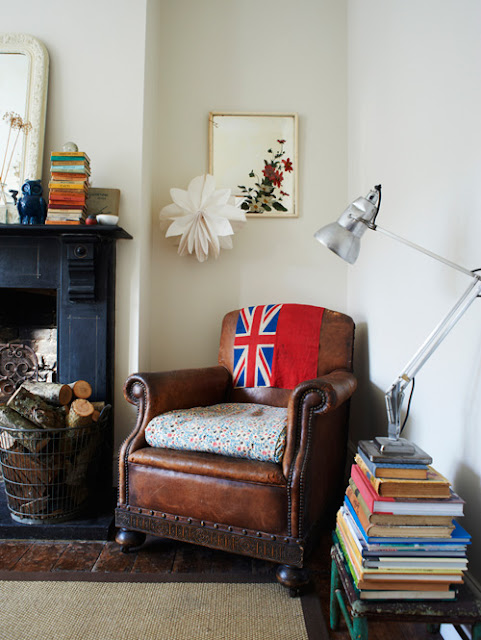 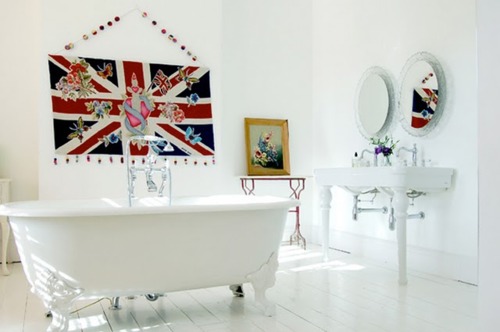 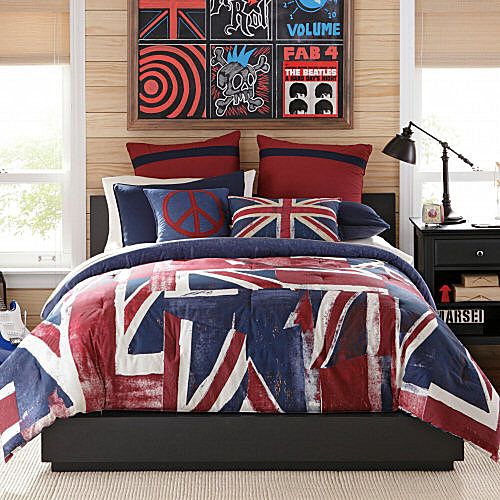 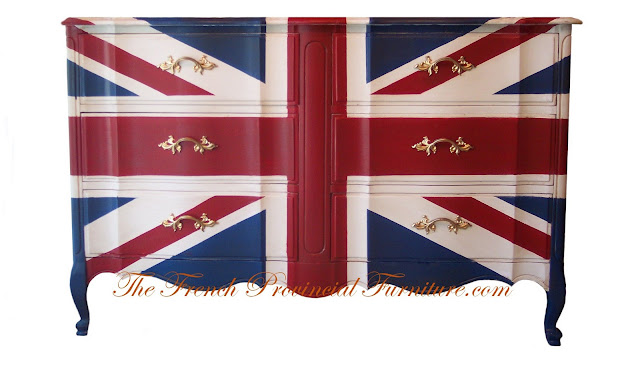 Up$cale furniture pieces, such as this one by The French Provincial Furniture Company, are being charmingly imitated by DIYers: 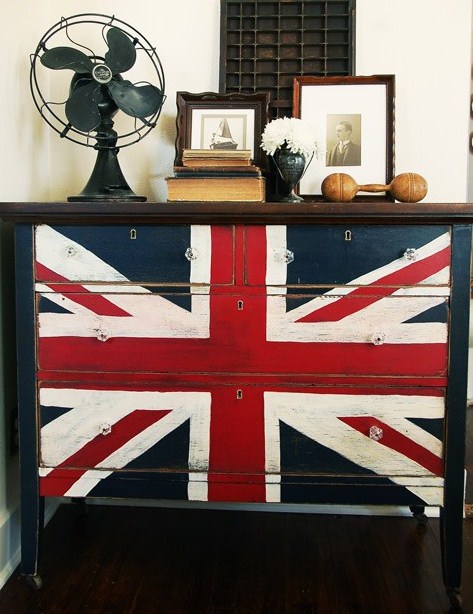 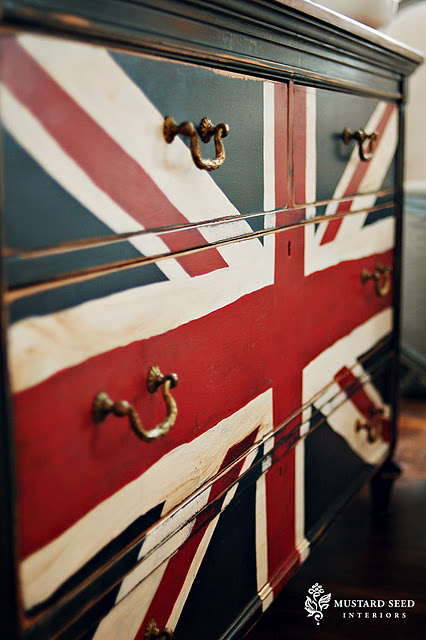 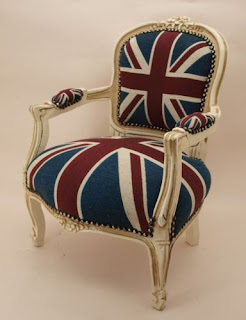 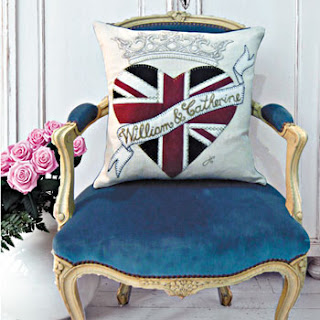 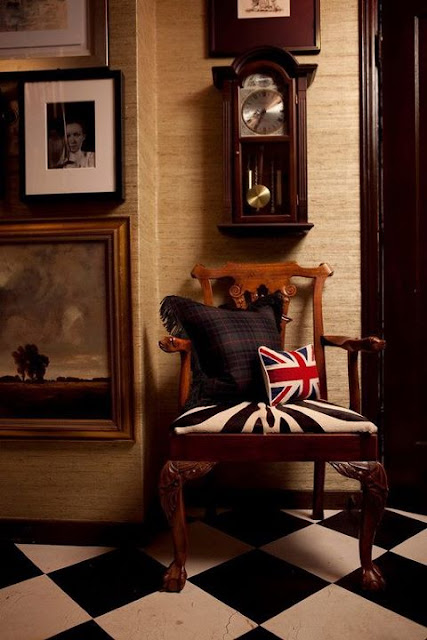 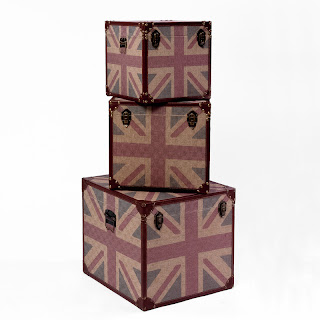 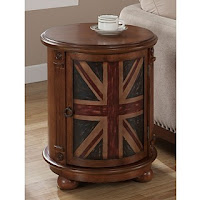 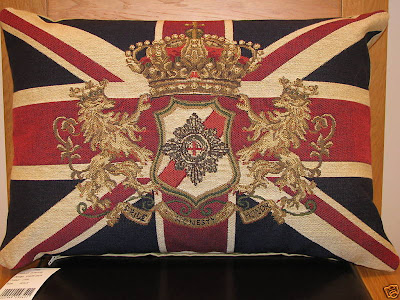 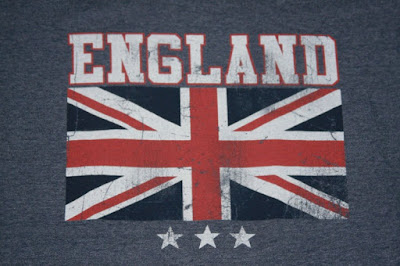 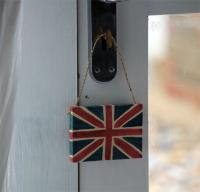 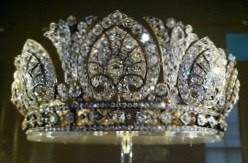 Whether you choose to acknowledge the Royal Movement
with a sparkle or a sigh, just remember: 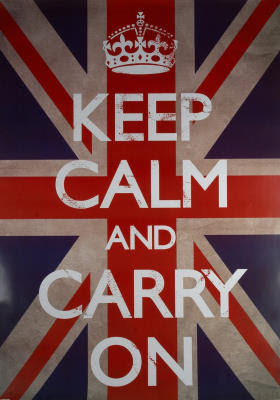