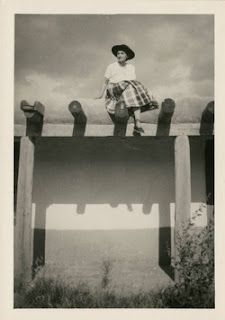 Georgia O'Keeffe,
an American Legend
Famed American artist Georgia O'Keeffe was born on November 15, 1887, on a farm outside Sun Prairie, Wisconsin.  The second of seven children, her artistic abilities were recognized at an early age and were encouraged by her family and teachers.  By the age of 18, Georgia O'Keeffe knew that she wanted to be a professional artist. 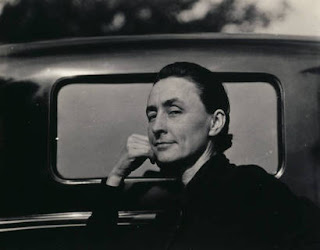 My fascination with Georgia O'Keeffe is based on the fact that she strikes a remarkable  resemblance to my late grandmother, Georgia Parkhill.  O'Keeffe's independent spirit and daring to be a woman ahead of her time are traits that 'Mamaw' had in common with the talented artist.


From 1905 to 1908 O'Keeffe studied at the Art Institute of Chicago and the Art Students League, New York.  She quickly mastered the curriculum - imitative realism - but realized that she couldn't achieve distinction in such a narrow field and quit painting for four years. 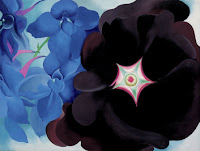 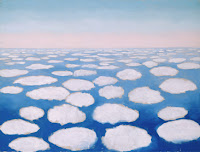 When Georgia O'Keeffe resumed painting she devoted herself to defining her own specific style and is credited as an early leader in American Modernism.

In 1916, she accepted a temporary teaching job at West Texas A&M University, south of Armillo, and was introduced to the beauty of the American Southwest.  O'Keeffe later traveled to Santa Fe in 1929, a trip which ultimately fulfilled her lifelong search for inspiration.
Bottom: Above the Clouds, 1962 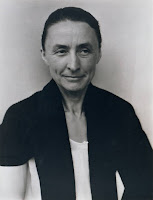 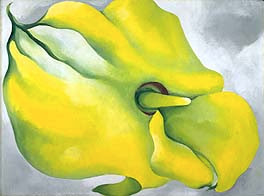 Photographer and New York City art gallery owner Alfred Stieglitz is credited with introducing O'Keeffe's work to the public.  In 1928 he brokered the sale of a set of 6 of O'Keeffe's The Calla Lily series for $25,000 - the most ever paid for a living American artist's work at that time. 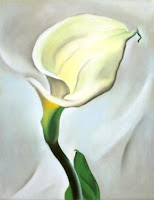 O'Keeffe married Stieglitz in 1924 and remained his photogrphic muse until his death in 1946.

In 1948 O'Keeffe permanently relocated to New Mexico where she restored a 5,000 sq. ft. run-down adobe in Abiquiu.  Georgia O'Keeffe lived there, painting and creativing, until her death at the age of 98 in 1987. 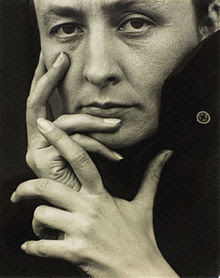 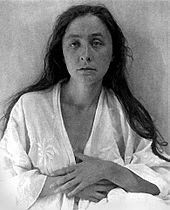 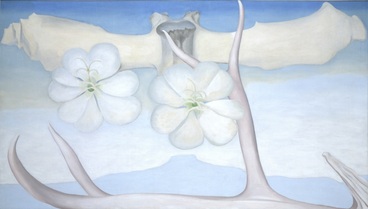 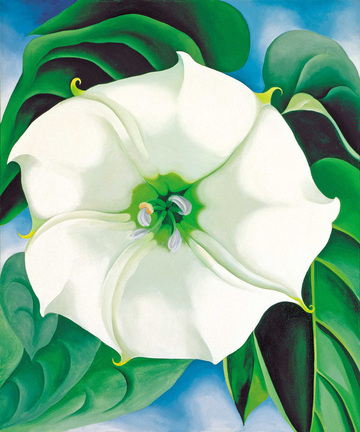 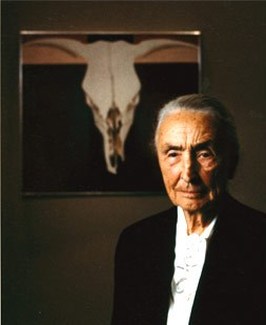