In elementary school we all learned the story of Betsy Ross and her homemade flag of the 13 original American colonies.

As our young country grew and changed so did our flag. 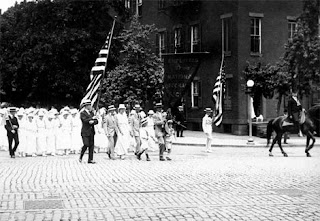 When our flag appeared, no words were needed.  It represented justice and the strength of America. 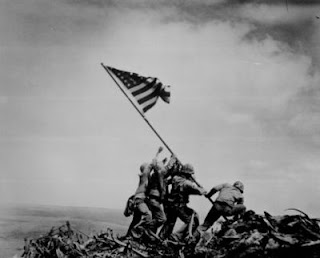 Whether carried through the streets of America or erected on foreign soil, the American flag represented freedom and 'the good guys.' 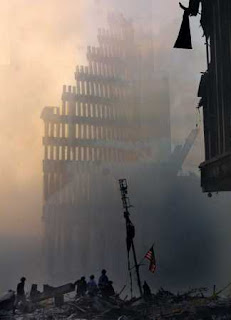 Ten years ago today the 'good guys' took a hit.  Cowards mistakenly thought they knocked us to our knees.  In their ignorance, they didn't realize we were kneeling to pray - for courage, wisdom, and strength. We rebuilt, we tracked them down, demanded retribution, and we carried the American flag with us every step of the way.  And we never forgot. 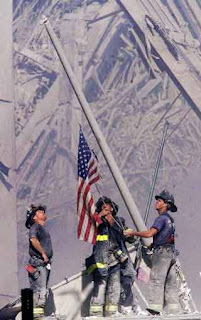 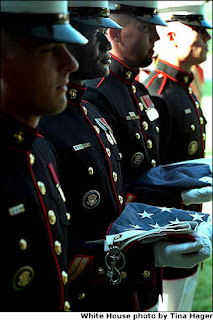 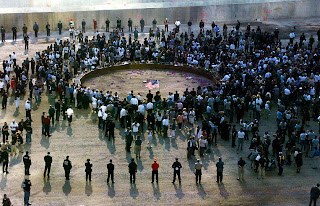 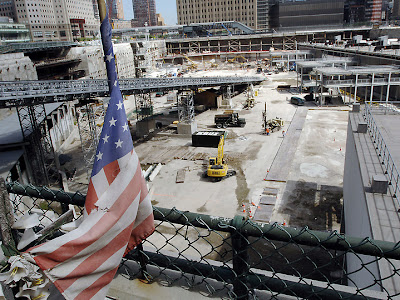 Old Glory looks over the work at Ground Zero 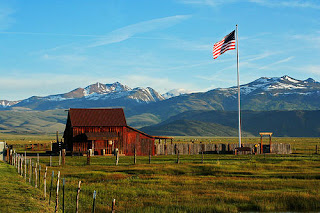 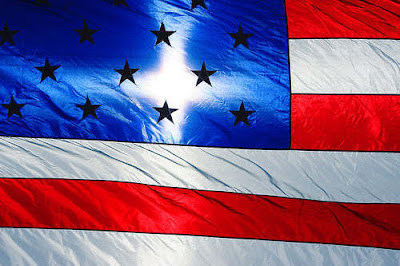