One interesting aspect of old houses and buildings
is that you never know what you'll uncover.

A California couple recently purchased a 1930's bungalow and made an
amazing discovery when they pulled up the carpet in one of the bedrooms: 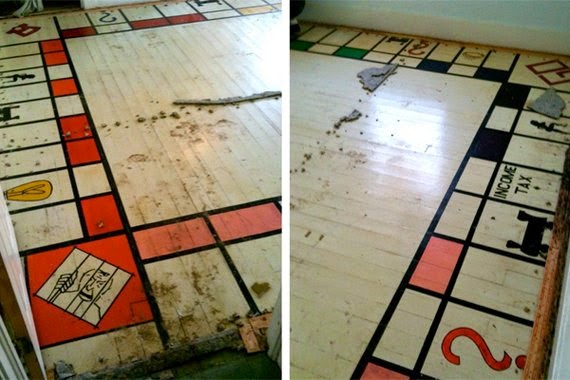 Link
That's right - a previous owner had painted a Monopoly board on the
hardwood floor!  Unfortunately, the game theme didn't coincide with
the new owners' decorating scheme so they painted over the unusual
art.  I'd have left it and decorated the room with vintage game boards.

A Bel Air, California, couple purchased an early 20th century
bungalow and discovered that the wall above the fireplace held
a beautiful secret - a pair of antique stain glass windows:

In the late 1950's, a London underground tube station below Notting
Hill was sealed off.  Advertising posters were left on the walls: 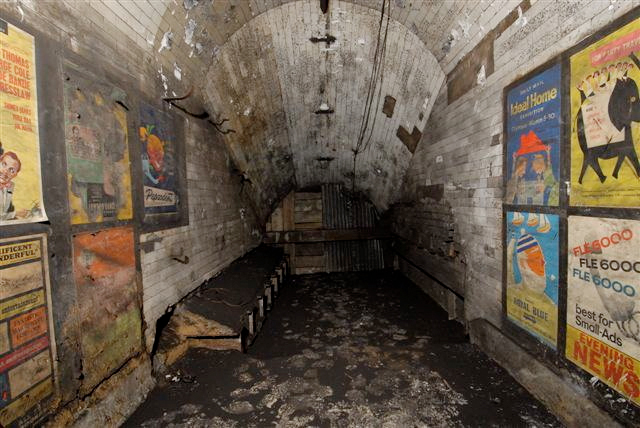 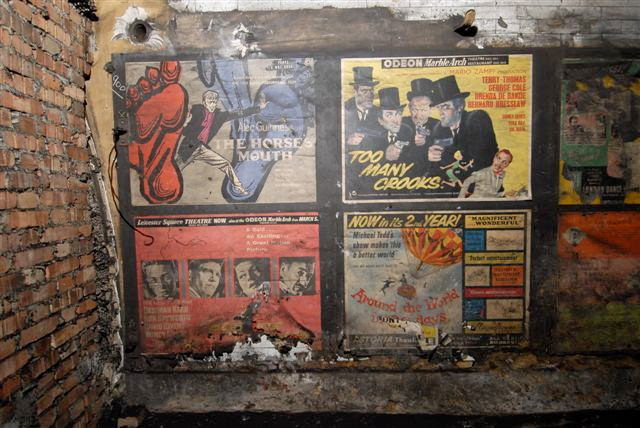 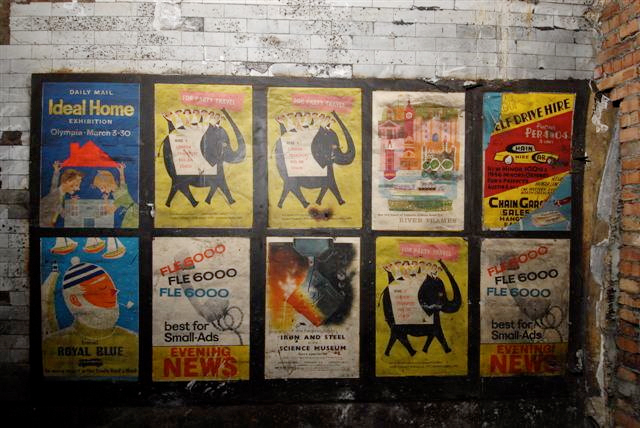 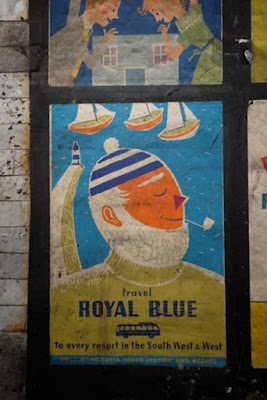 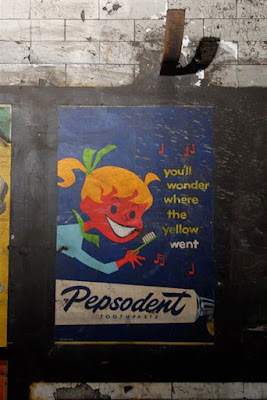 
These photos were taken inside an abandoned
farm house in rural Saratov, Russia: 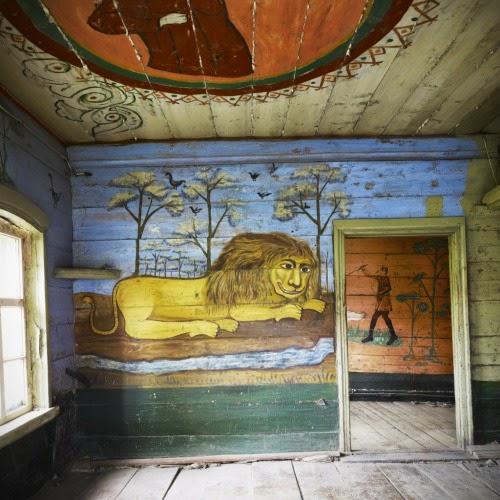 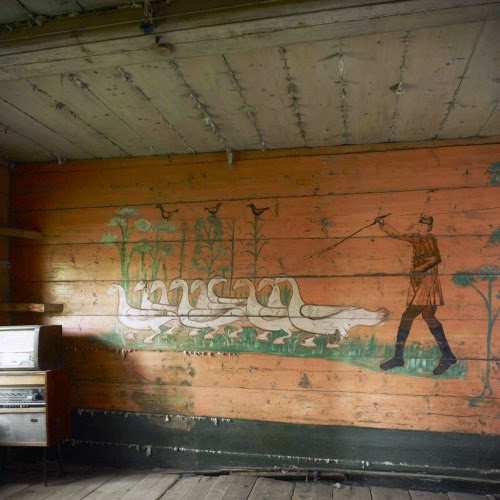 When the house was built in 1910, the owners expressed their
artistic urges by painting murals on the walls and ceilings. 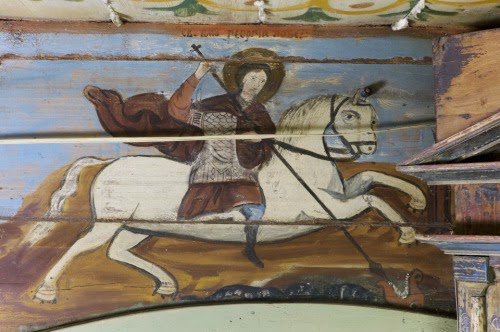 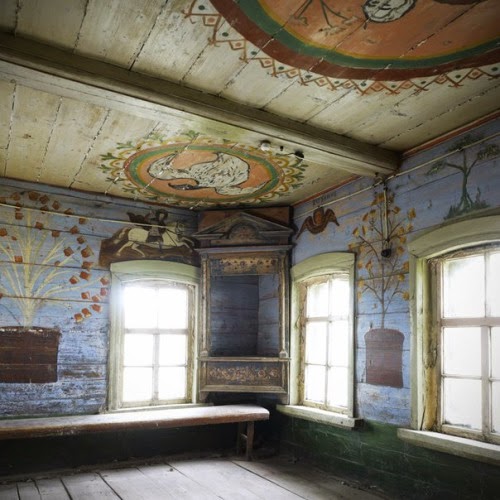 Let's fly over, dismantle the house board-by-board, bring it to
America (specifically, my backyard) and reassemble the house.


Hubby and I are gutting the attic studio of our Mid-Century
Modern money pit house down to the studs: 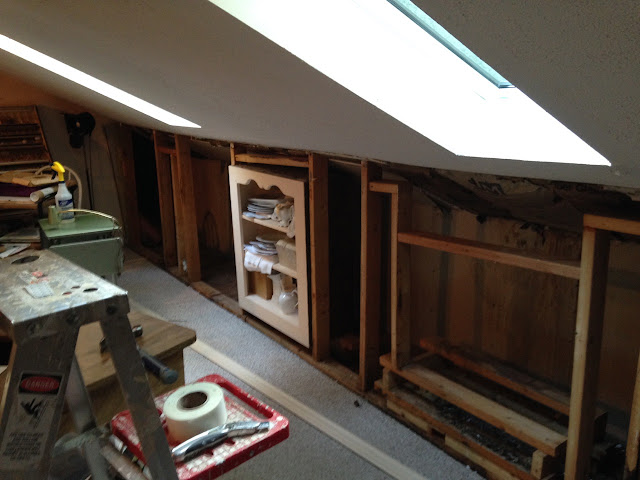 I got excited at the prospect of uncovering vintage treasure. 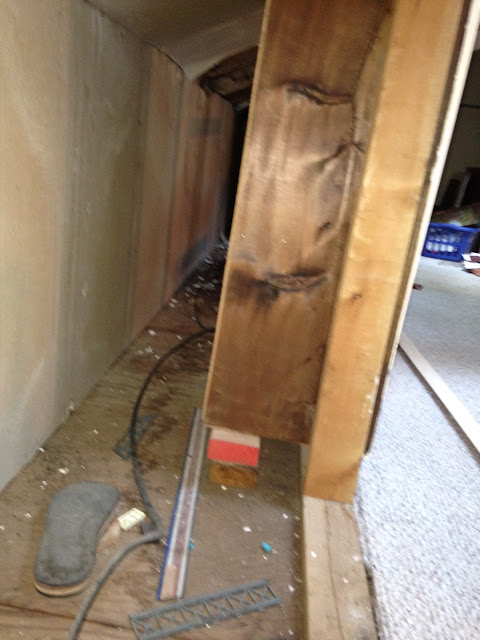 Unfortunately, the only thing we've found hidden behind the walls is a flip-flop.