Collectors of antique coffee grinders are a serious and dedicated
group known to travel far and wide in search of an acquisition. 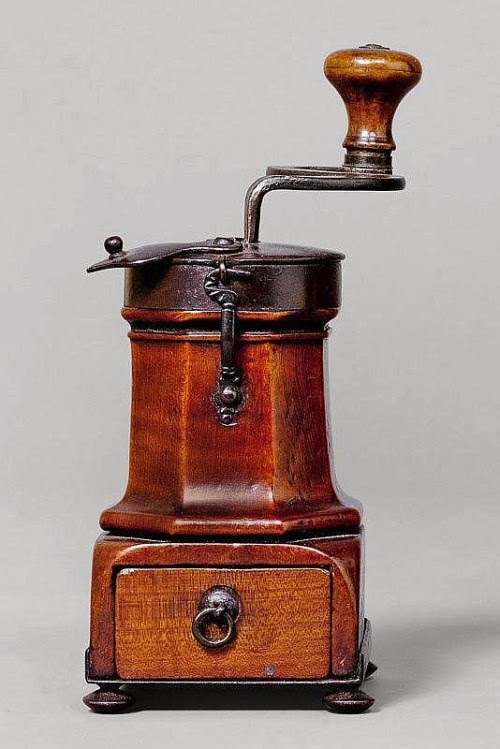 It's easy to take our morning 'cup of joe' for granted, a daily addiction
that jump starts our day in a delicious and comforting way.

But the history of coffee is fascinating.  Traced back to Ethiopia in the
10th Century, coffee beans were a valuable commodity throughout the
Middle East by the 1400's.  It wasn't long until the demand for coffee
had spread throughout Europe and was one of the most desirable
imports in the early American colonies.  To have a grinder in your
home was a symbol of status and wealth. 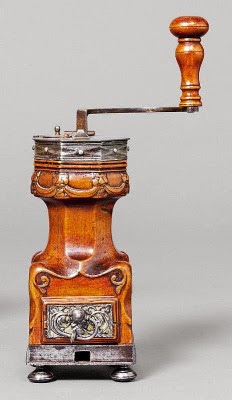 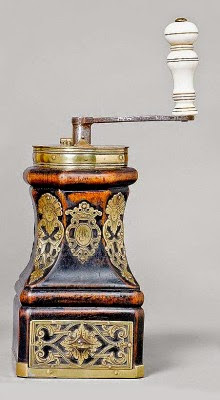 Until the mid 1900's coffee beans were purchased in 50 pound
burlap sacks.  When you wanted to make a pot of coffee you
had to grind the appropriate amount of beans. 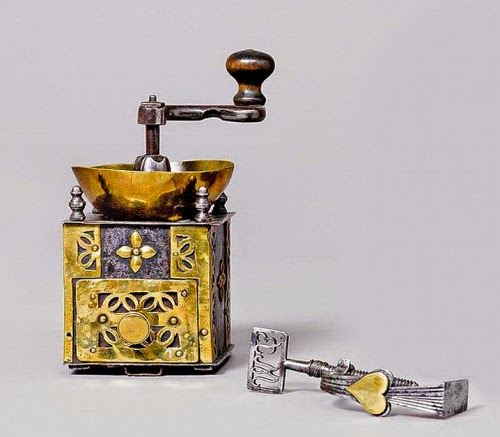 These first four grinders are dated to the early 1700's. 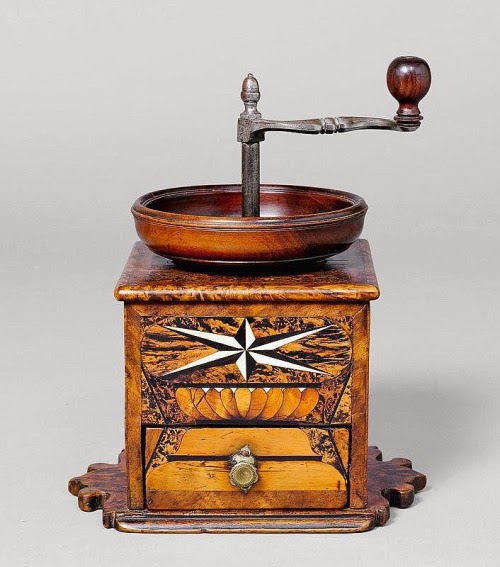 Source
Created from walnut, this French grinder
dates to the early 1800's. 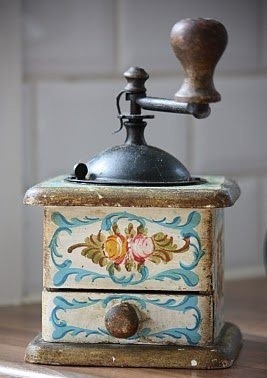 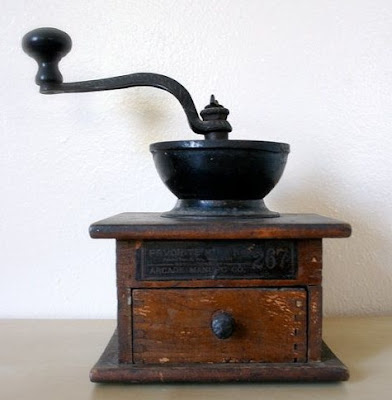 This American made coffee grinder was
more about function than form. 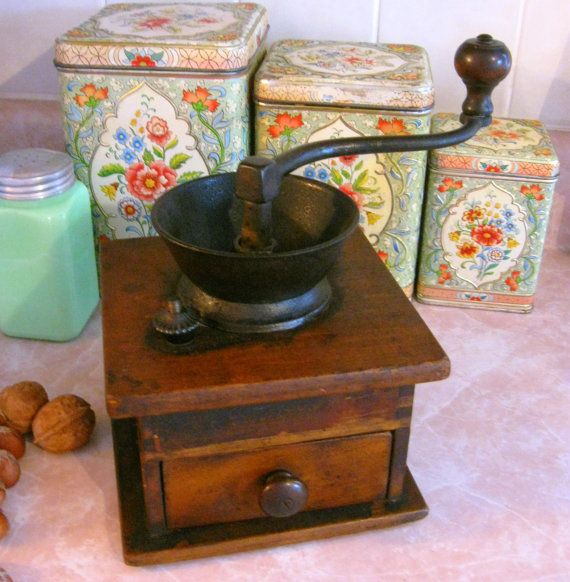 A commercial antique coffee grinder before and after restoration: 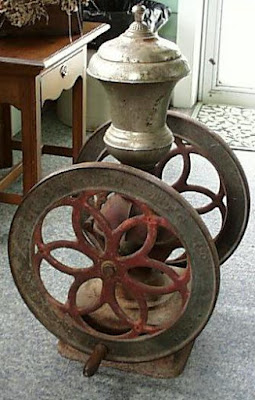 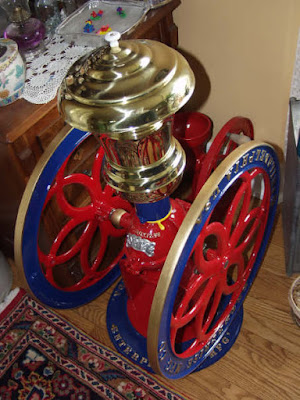 If coffee drinkers didn't have their own grinders they would buy ground
coffee from general stores and grocers or simply boil the coffee beans whole. 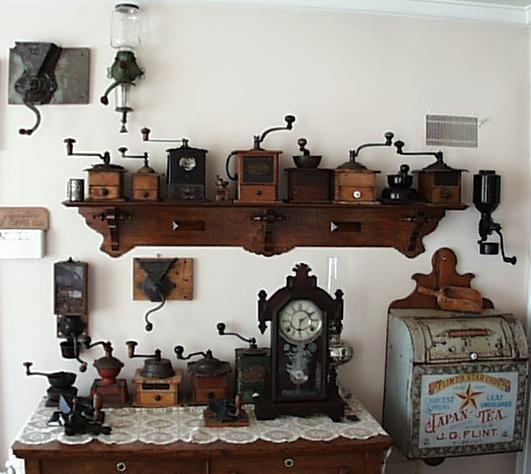 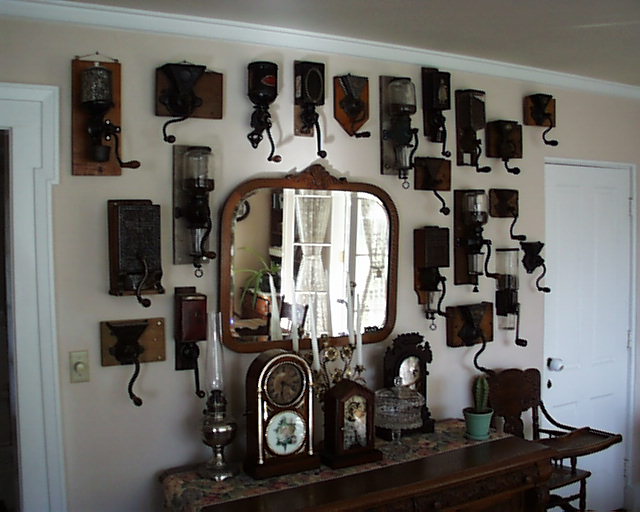 For dedicated coffee drinkers there is hardly a more
interesting collection than antique grinders.


"It is inhumane, in my opinion, to force people who have a genuine medical
need for coffee to wait in line behind people who apparently view it as some
kind of recreational activity." -- Dave Berry 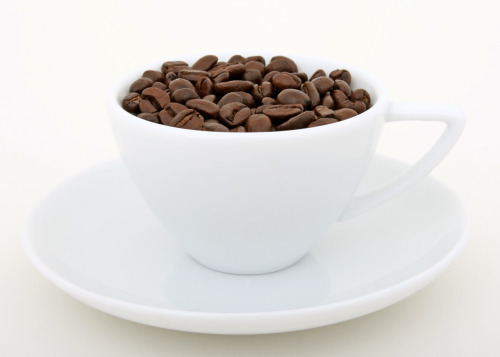