Happy April 1st!  What better time to share ridiculous
design fails with you than on April Fool's Day?! 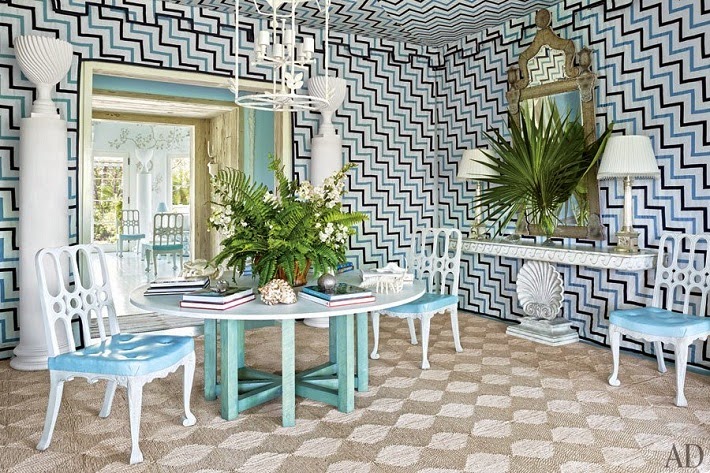 Can you imagine eating breakfast in this dining
room?  I'm dizzy just thinking about it. 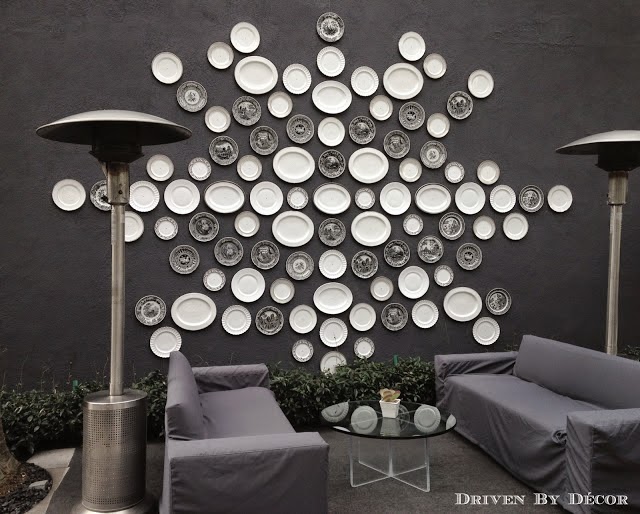 Driven By Decor
This is a perfect example of "More isn't always better."

Austrian architect Peter Kaschnig was apparently going
through a Blue Period when he painted his house: 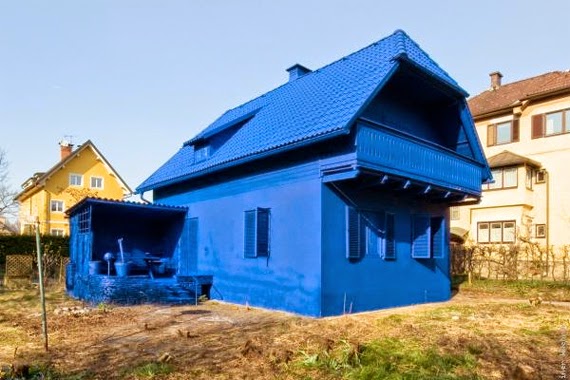 The Mirror
I feel sorry for his neighbors.

Do you think the neighbors refer to this as The Lego House? 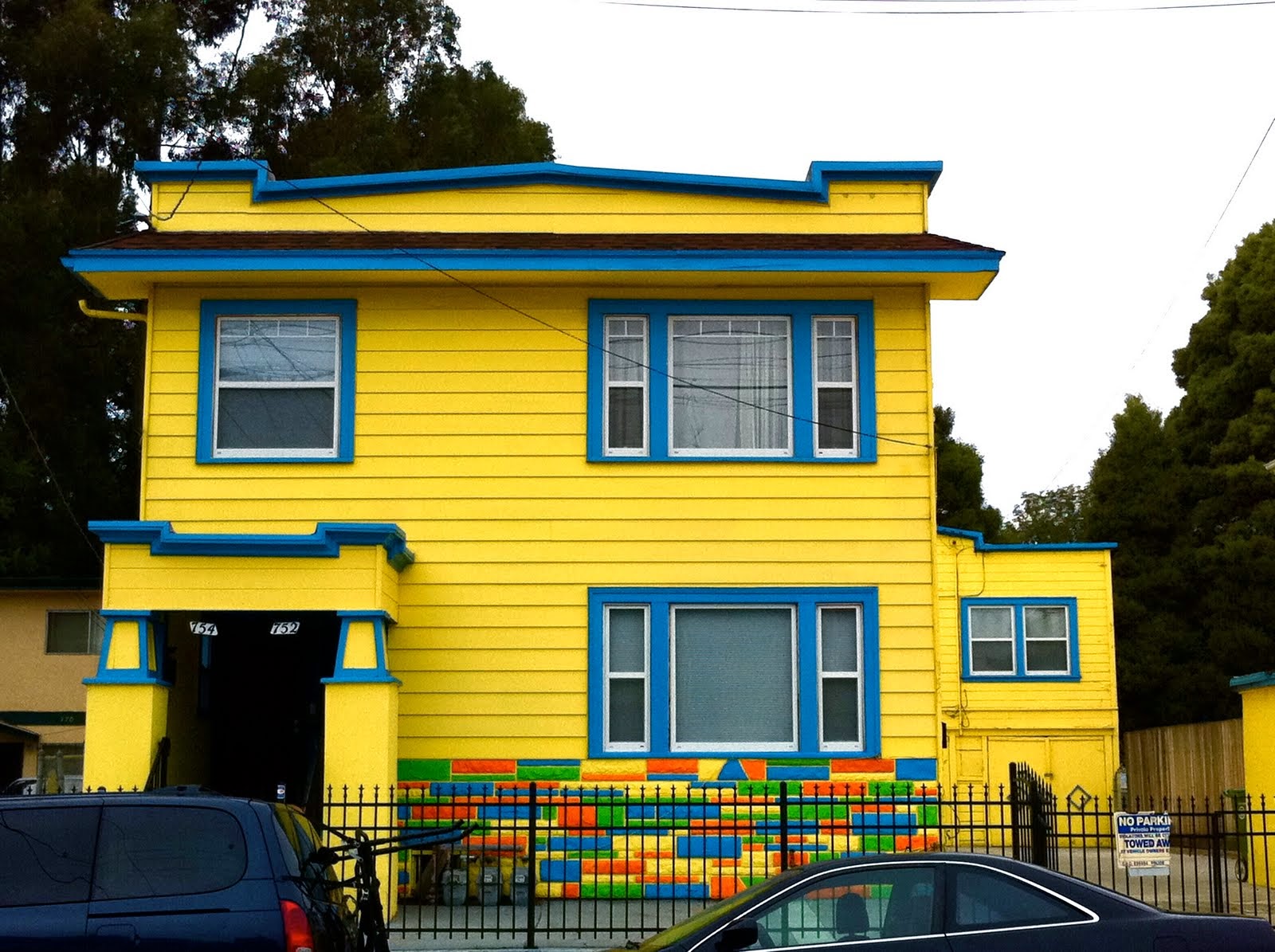 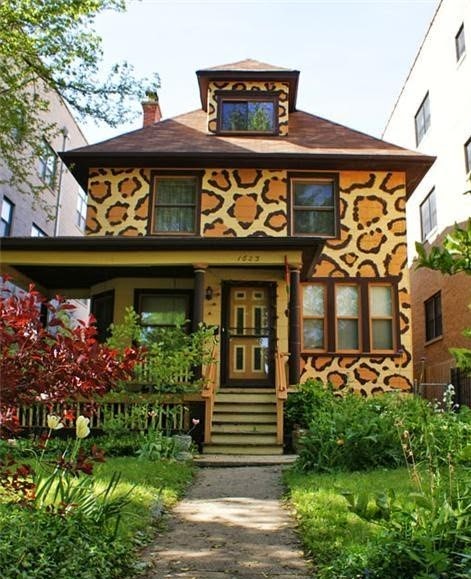 Maybe they're on their way outside. 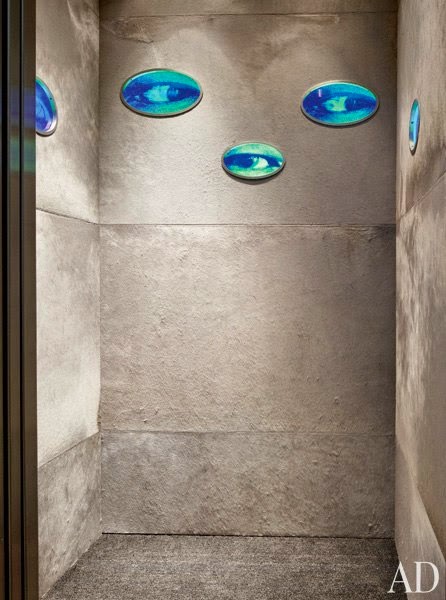 Contemporary shower faucets are camouflaged behind creepy eyes.
Do you think it looks like they're crying when the water is on?

At first I thought this was a photo of a nursery: 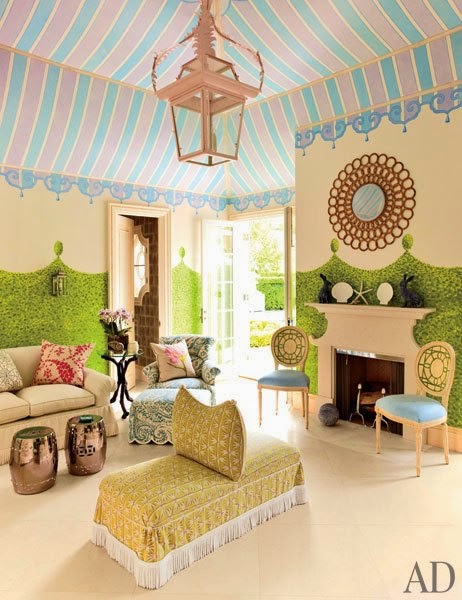 Architectural Digest
It's actually a living room with a circus tent inspired ceiling.

This piece of modern art is called "Lyrical Resistance 1": 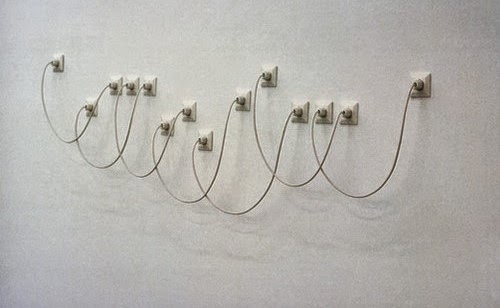 I call it "Wall Sockets and Extension Cords." 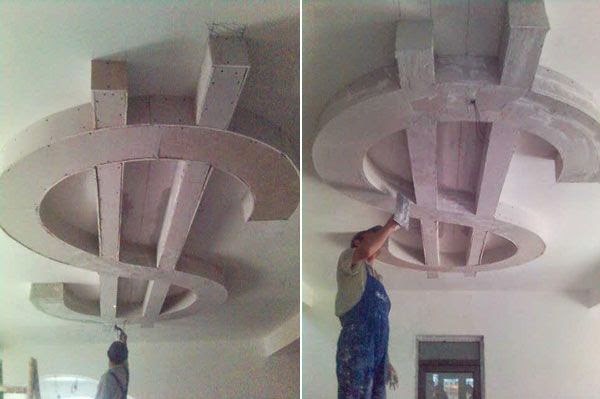 Freshome
He's adding finishing touches to the ceiling of a private home. 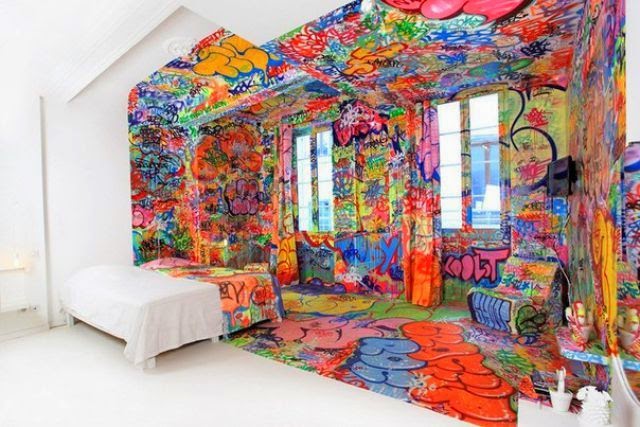 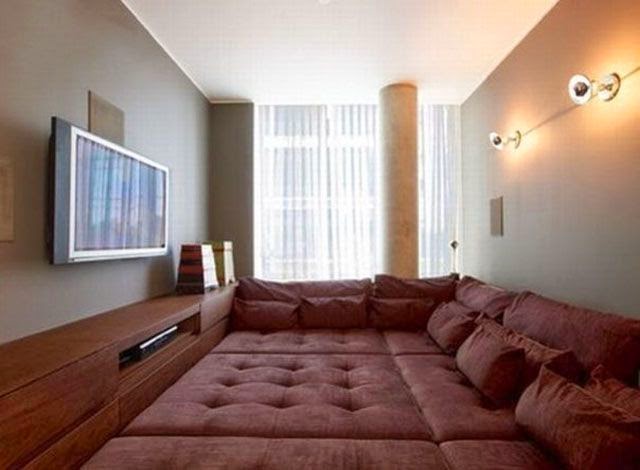 Source
One advantage to having a roomful of sofa is
that you don't have to invest in floor covering.

Okay, I like aquariums as much as anybody
but I don't want to sleep under one: 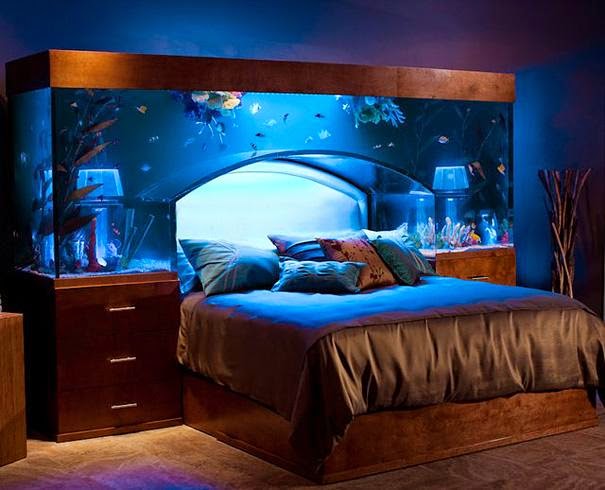 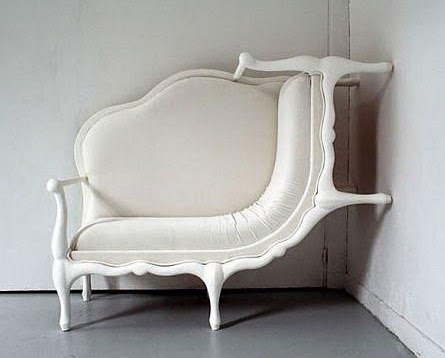 Source
Wasn't this settee featured in Lionel Richie's
Dancing on the Ceiling?!

These next 3 custom designed bathrooms are certainly different: 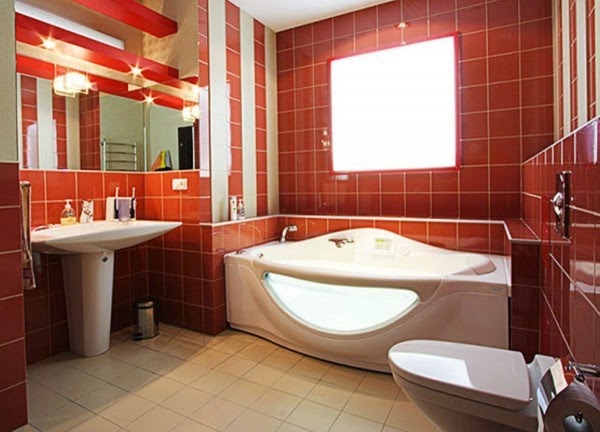 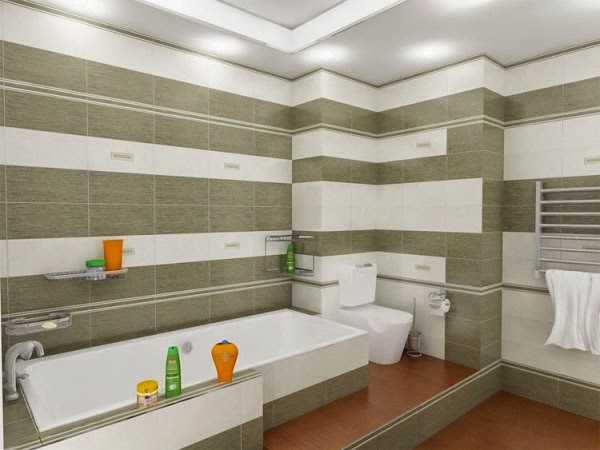 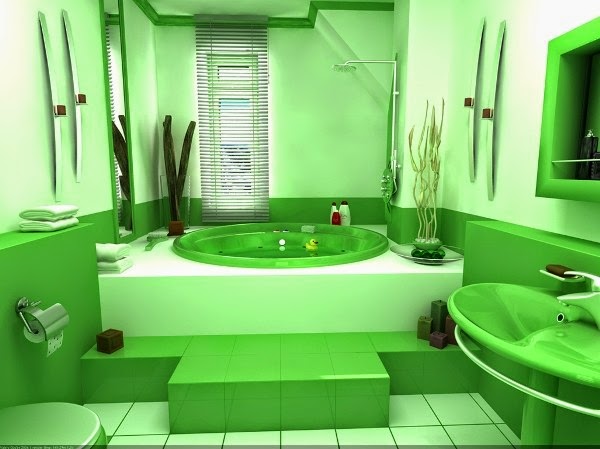 
A blinged out commode, anyone? 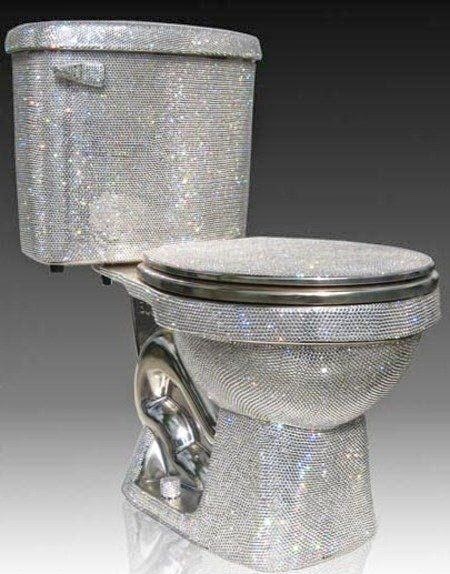 Source
The only person who might want one of these is Mariah Carey. 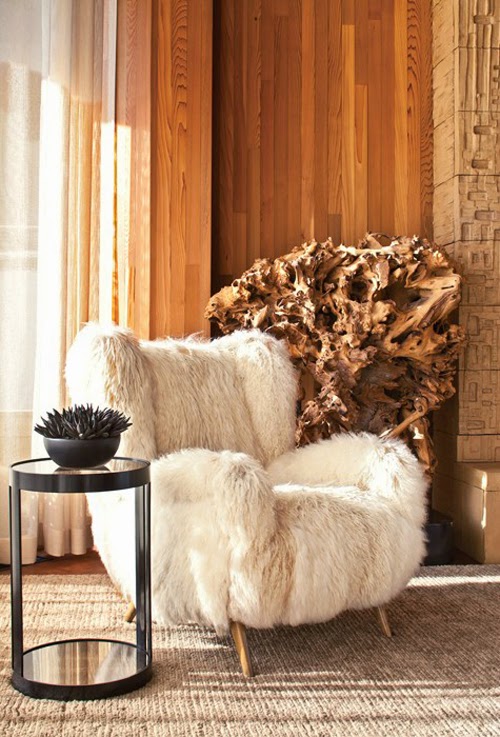 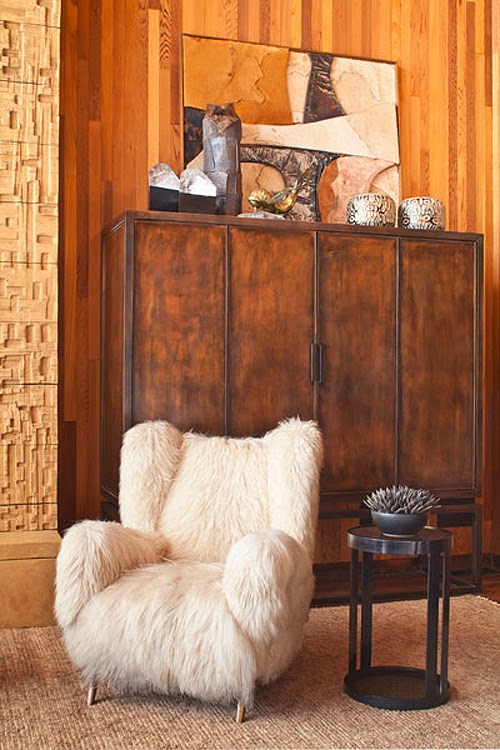 No, this is not the lobby of a resort casino.
It's the living room of a Houston 'mansion': 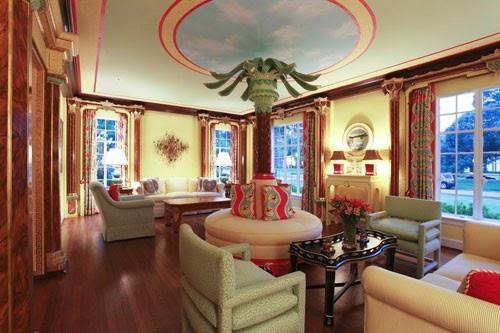 Looking for a one-of-a-kind end table?
Barcelona architect/designer Oscar Tusquets Blanca created a
rather uniquely sheep-ish table.  It can be yours for only $50,000.
And, yes, the hoofs are gold plated. 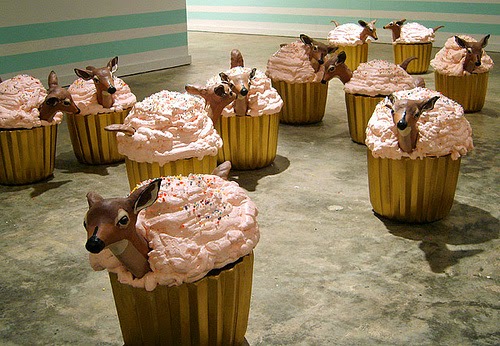 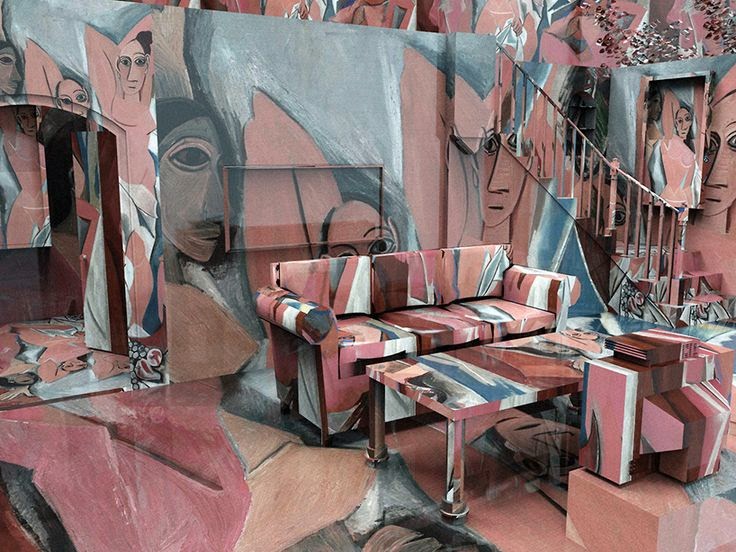 Design Boom
Supposedly artist Jon Rafman created this room
in homage to Picasso.  It gives me a headache.

Have a great April Fool's Day Tuesday!
Posted by Jan at 9:03 AM