Discovering new types of collectibles, antiques, and memorabilia is so much fun.
While in Washington, DC,  this past weekend Mother and I attended the 30th Annual Strawberry Festival on the grounds of the Sandy Springs Museum.  The museum sponsored a yard sale (for which I made a bee line) where I found cigarette silks for sale.
According to Kovel's, cigarette silks (also called tobacco silks) were clever marketing items placed inside packages of cigarettes between 1910 and 1915. 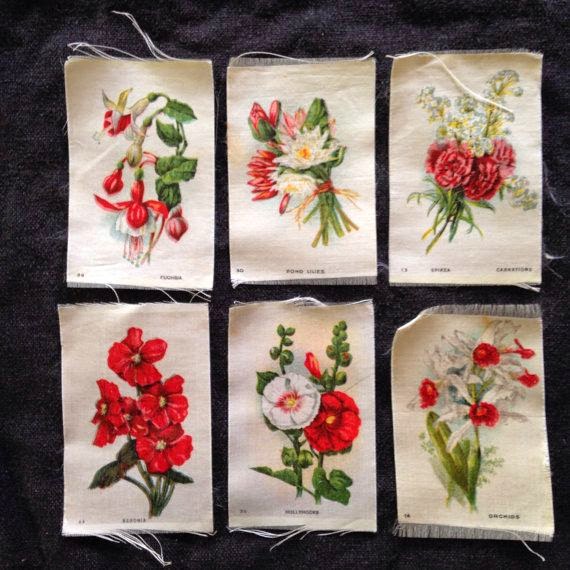 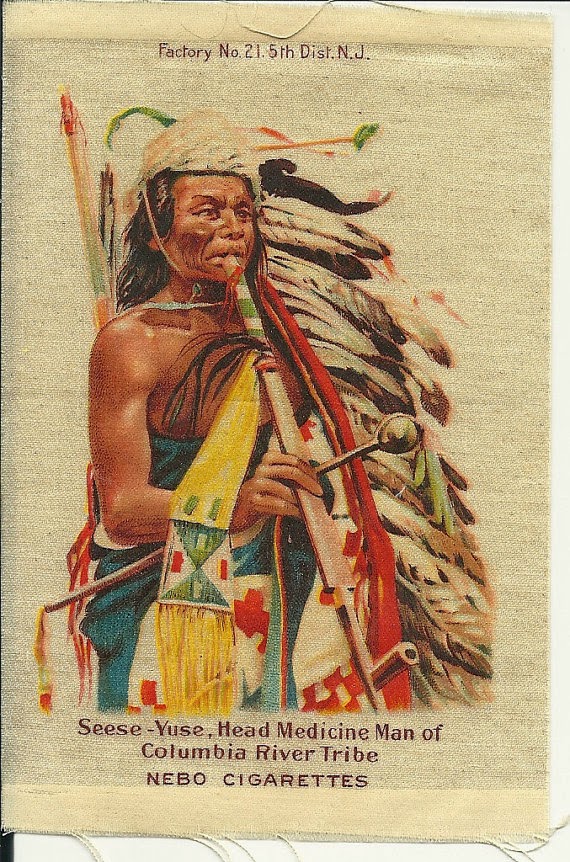 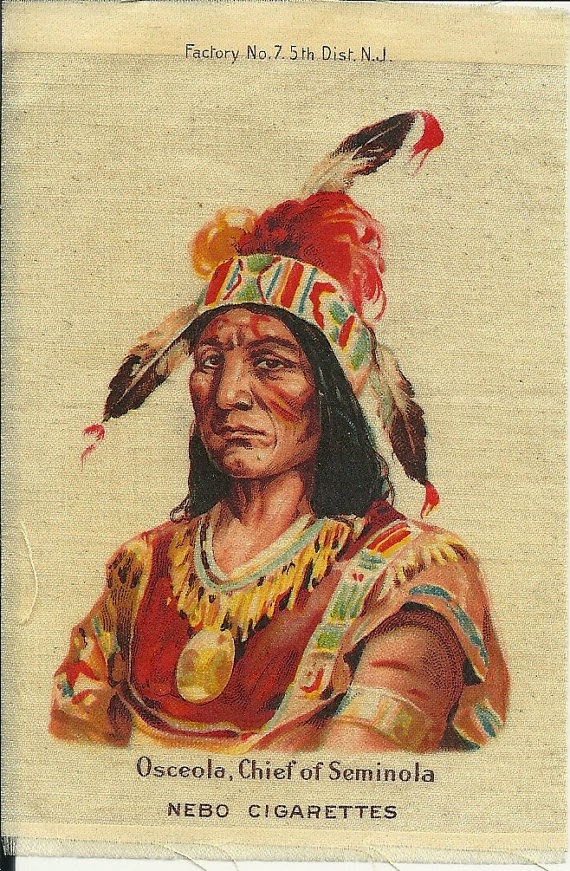 Source
This collection contains silks of American stage actresses
who were popular at the turn of the 20th century: 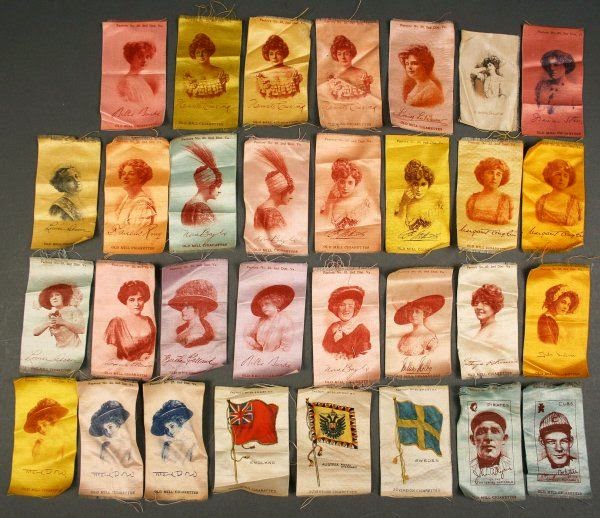 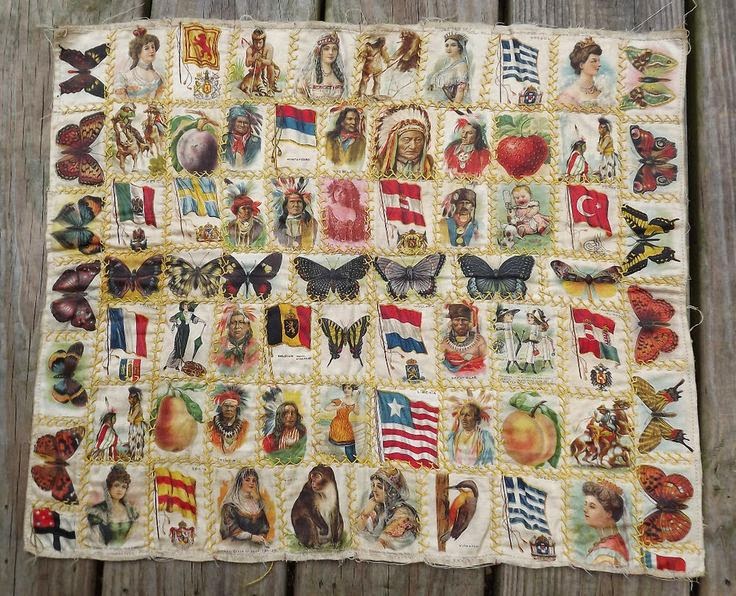 Animal silks were assembled to make a small comforter: 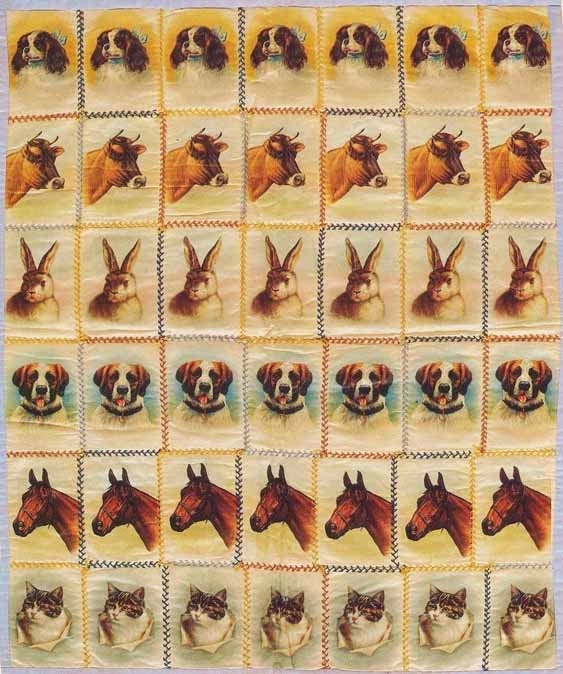 Nebo cigarettes were originally manufactured in New York City
but the company sold to the P. Lorillard Company in 1911, which
means that these silks are at least 100 years old: 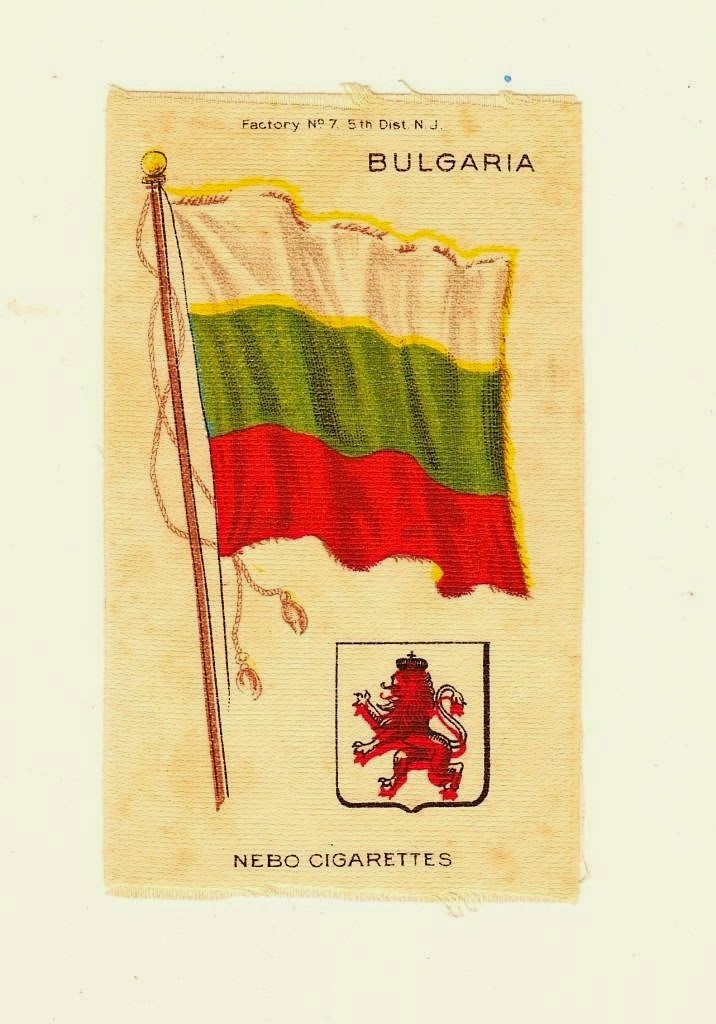 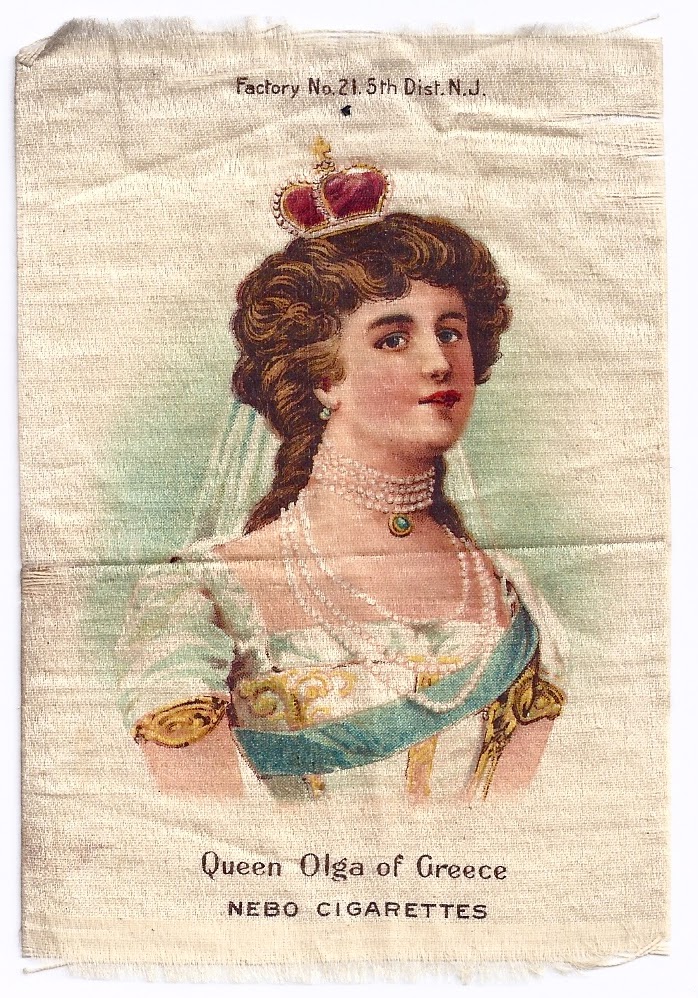 Ruby Lane
While not especially politically correct, tobacco-related memorabilia,
ephemera, and paraphernalia have been popular collectibles for many
years.  If you know a young person who is interested in starting an
unusual collection tell them about cigarette silks.  They're still very
affordable (most under $5) and quite unique.

In addition to the cigarette silk I also bought a vintage King Syrup
pail for $2 and a small pair of old Amish dolls for $3.  Great finds! 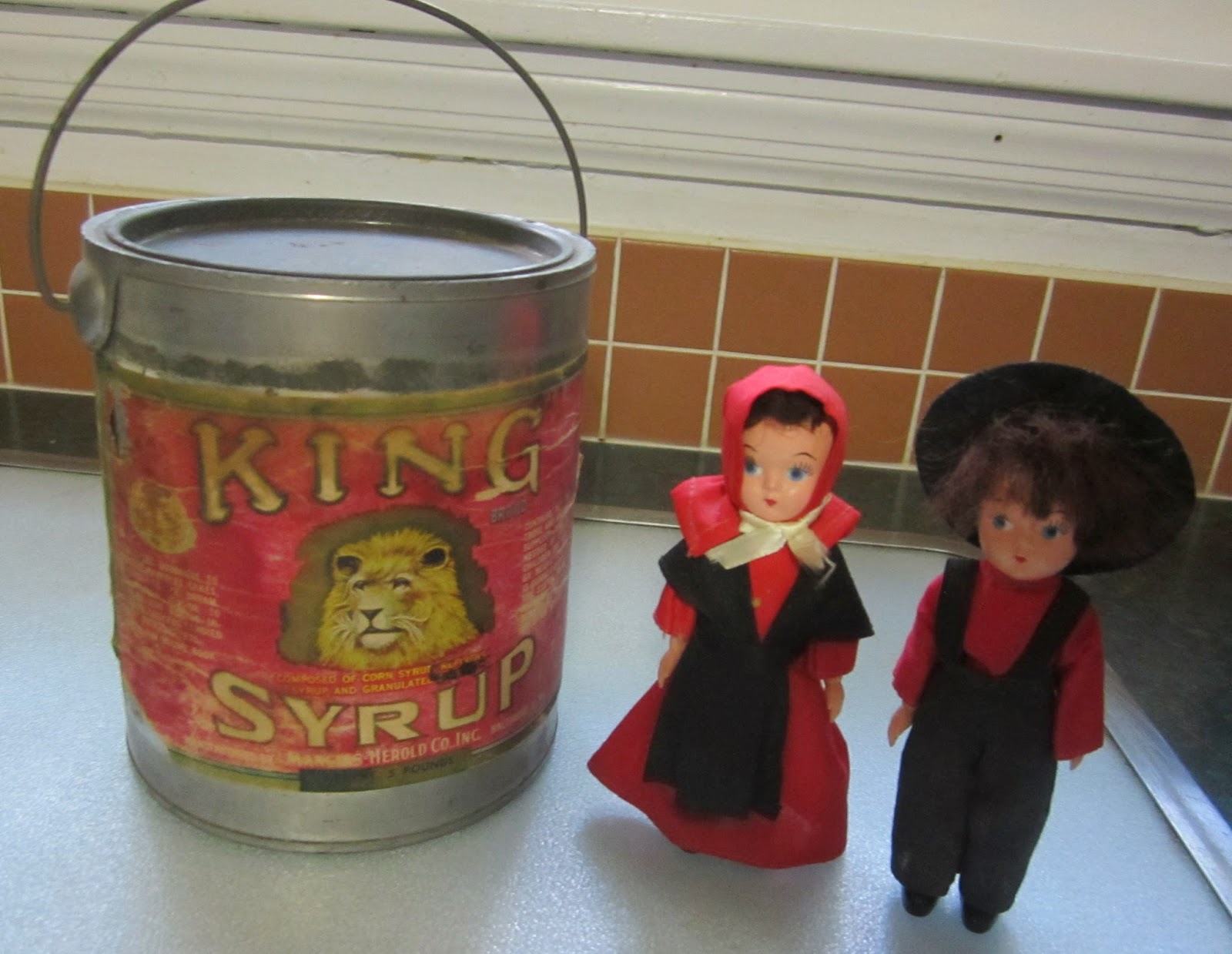 It's been my experience that sales conducted by charity organizations
and non-profit groups are often where you find the best bargains.
Posted by Jan at 8:00 AM