﻿
﻿ Do you enjoy vintage black and white photos?   Aged photographs have such a distinctive look and immediately bring to mind another era, another way of life.

These photos were collected by the National Photo Company and the Library of Congress.  Categorized in the Shorpy Historical Photo Archives, they were reprinted from glass negatives.  Some of these Christmas images are over 100 years old. 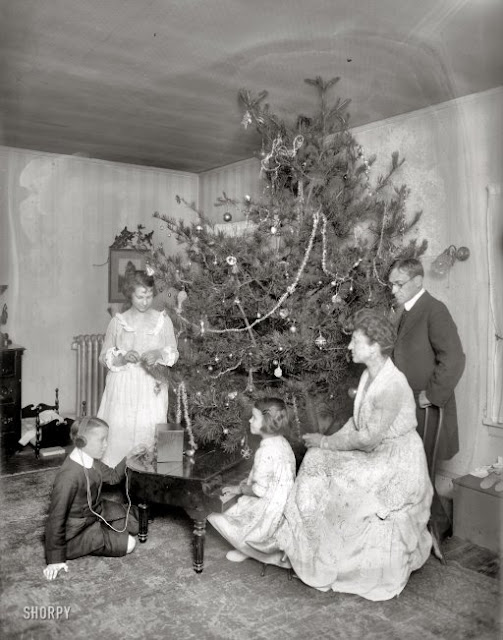 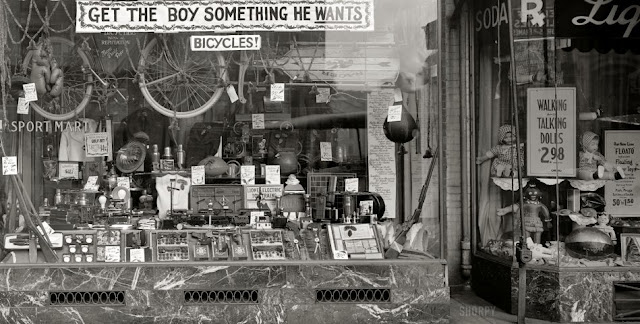 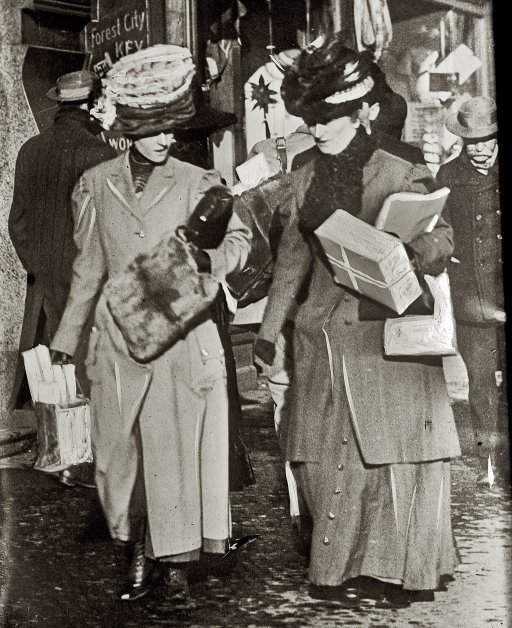 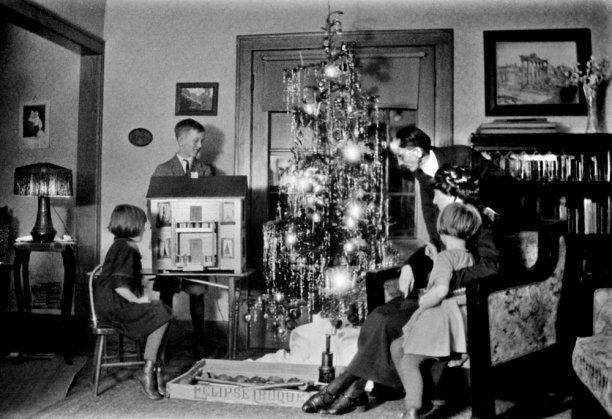 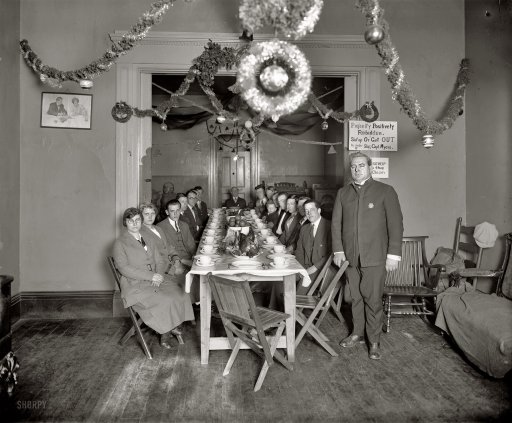 Volunteers of America Club Christmas dinner in Washington,
D.C., 1925.  Can you read the sign hanging in their hall?
Profanity Positively Forbidden - Shut Up or Get OUT!
(Maybe things haven't changed as much as we think.) 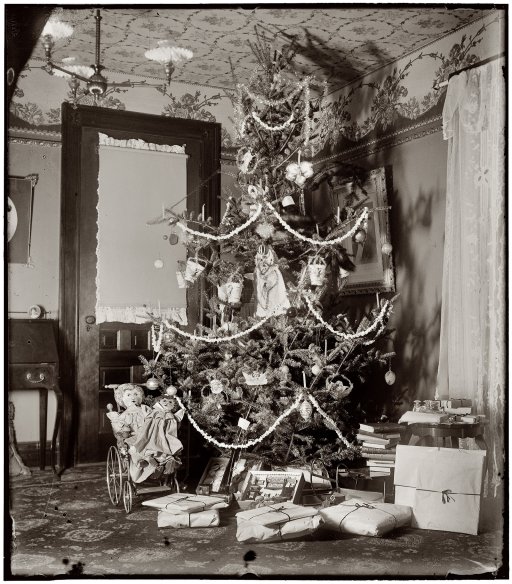 This photograph was taken at Orville and Wilbur Wright's home on Christmas morning, 1900, in Dayton, Ohio.  Three years later they launched the The Kitty Hawk.

The blurred photo to
the left is of Loren
Wright, daughter of
Orville Wright. 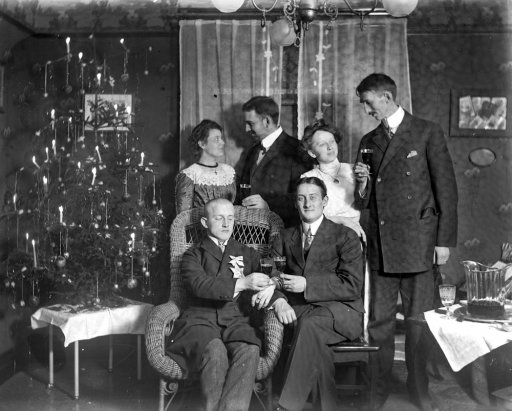 The couple to the right had just immigrated to Buffalo, N.Y.,
and were spending their first Christmas in America, 1909. 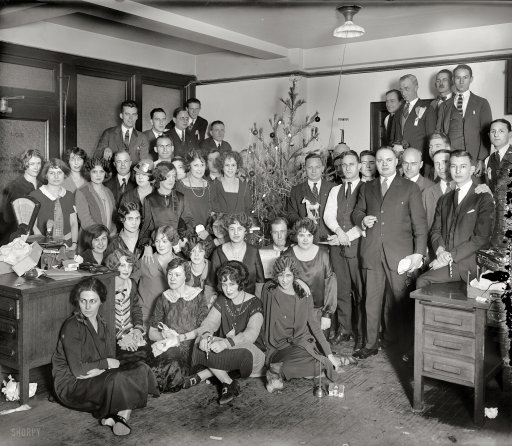 The Western Electric Company Christmas party, Washington, D.C., 1925 - why is that little oil can sitting on the floor?! 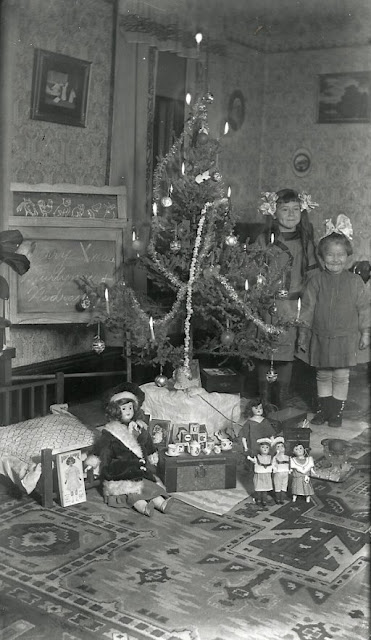 The Treace family daughters, 1912 - they look so happy! 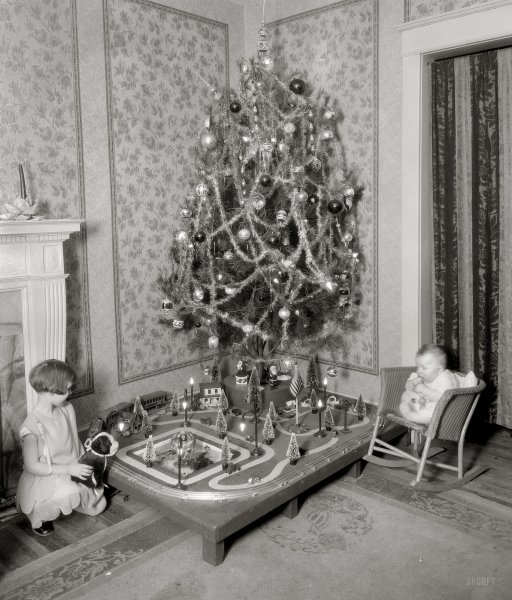 Christmas, 1928 - Washington, D.C., family unknown
Photography was quite expensive in the early 1900s and only the wealthiest could afford to have their pictures taken. 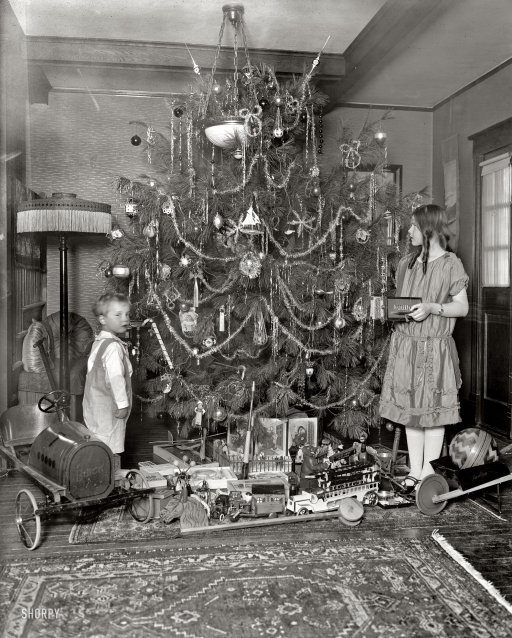 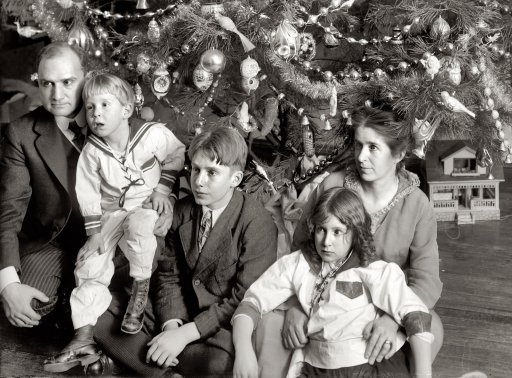 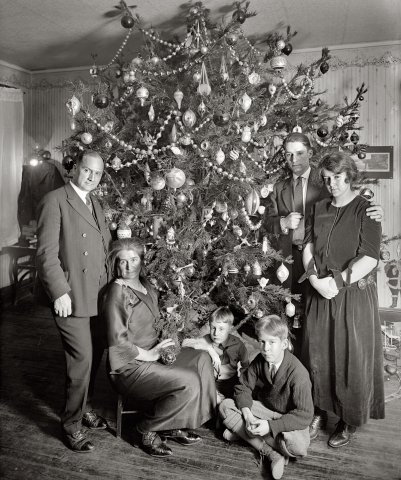 the same family in 1923.  Mr. Dickey was a prominent
attorney in Washington, D.C. 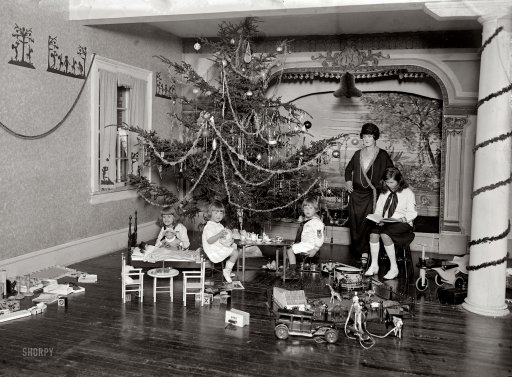 Madam Gretchen Prochnik, wife of the Austrian charge d'affaires, and her children, Washington, D.C., 1923
Technicians at Shorpy's experimented with colorization on the photograph of the 1920s Christmas tree below.  Which do you prefer? 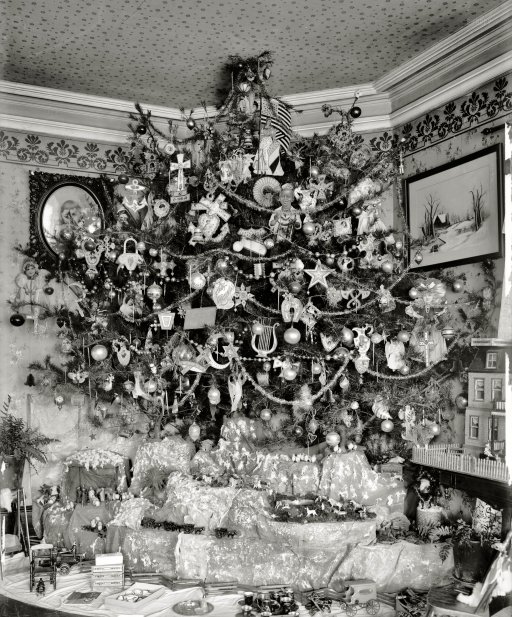 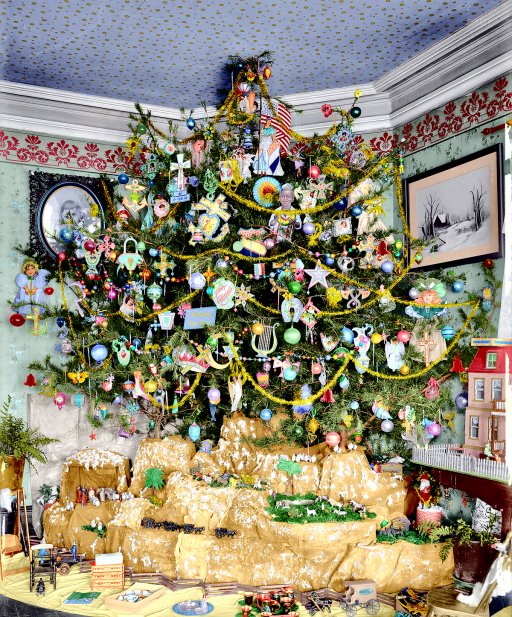 I like the mystery associated with black and white photos but there are so many things I didn't notice in the first picture until I saw it in color - including the wallpapered ceiling.
Another colorization of a 1922 photo of
the Houck family Christmas: 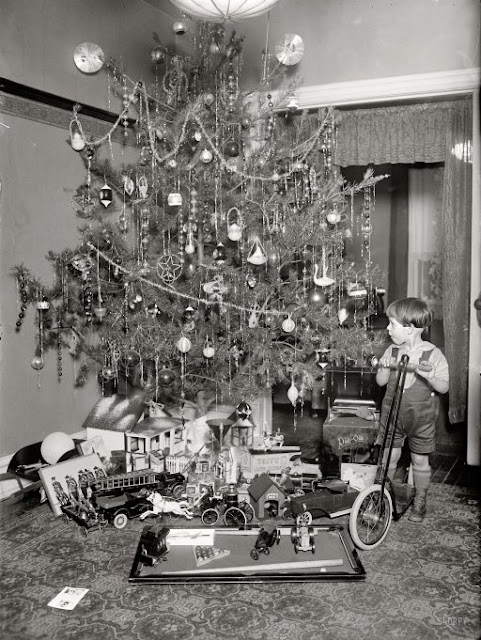 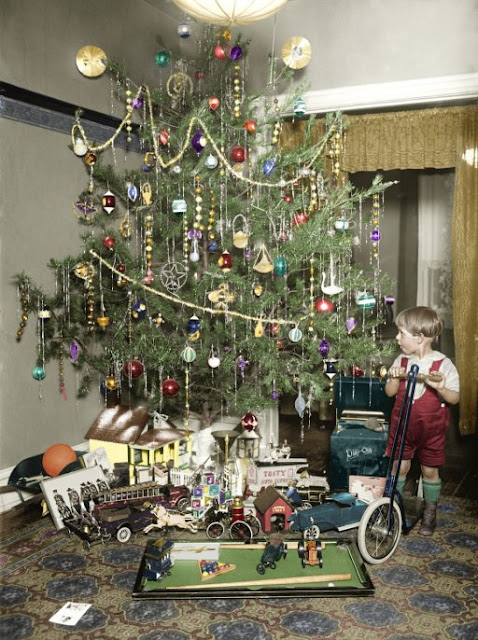 Thousands of vintage photographs can be viewed at Shorpy Historical Photo Archives.
Posted by Jan at 10:42 PM